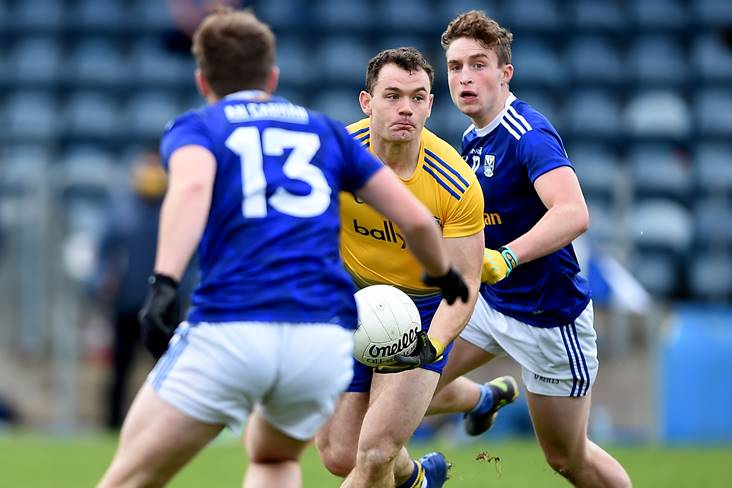 Roscommon held off Cavan’s late rally this afternoon to return to the top tier of the National Football League.

Enda Smith’s goal 10 minutes into the second-half at Kingspan Breffni proved crucial for the Connacht champions as they edged Mickey Graham’s side to add another Division 2 title to their collection.

Donie Smith’s shooting was what separated the sides by three at the halfway stage before the other Smith crashed home the game’s only goal to help put some real daylight between the sides.

Cavan clawed the difference back to three and saw a goal chance flash wide in injury-time as they slipped to defeat, but ultimately it was a late comeback from Laois in Enniskillen that saw them suffer the drop this afternoon.

Donie Smith’s ‘45’ opened the Rossies’ account after four minutes of this Round 7 encounter and despite a long-range point from Martin Reilly an immediate response, it was the visitors that built up an early lead.

Diarmuid Murtagh and Donie Smith (free) kicked the scores that had the Connacht men 0-3 to 0-1 in front after 13 minutes.

Chris Conroy’s point was backed up by a cracker from Mullahoran’s Cormac O’Reilly to level matters by the water break as Anthony Cunningham’s men got back in the driving seat.

Points from Finbar Cregg and Smith (2 frees) all flew over Raymond Galligan’s crossbar before O’Reilly launched one over from along the side-line to stop the rot for the Breffni men.

Smith landed his first from play to make it 0-7 to 0-4, before Conroy saw a free come back off the post and Reilly registered the Blues’ seventh wide of the half right on the eve of the interval. 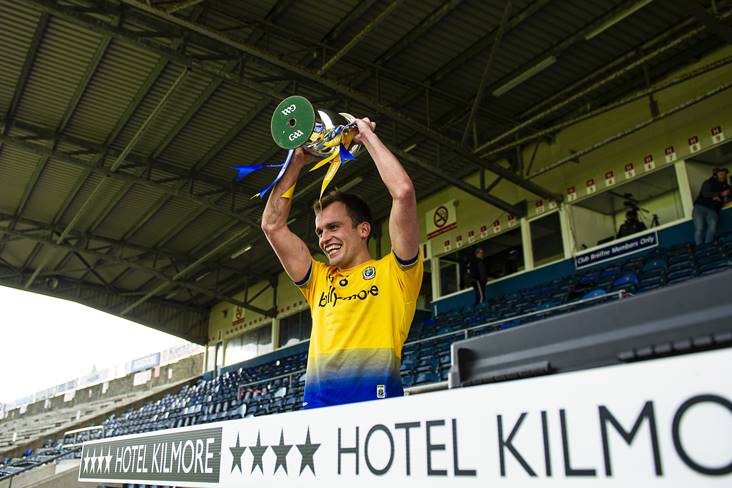 Ciarain Murtagh put Roscommon four ahead a minute into the restart and while Gearoid McKiernan hit back with trademark score off the left boot, the lead would be at double scores (0-10 to 0-5) again after Cathal Cregg and Ciaran Murtagh (free) raised white flags.

Cavan substitutes Oisin Pierson and Luke Fortune posted points in reply but disaster struck for their side in the 45th minute.

Roscommon ‘keeper Colm Lavin supplied the long-range pass that caught out Cavan’s defence and it was captain Enda Smith that punished them with a finish past Galligan for all three points.

To their credit, the home side responded well as points from Ciaran Brady and Pierson brought the difference back to four after the water break.

Oisin Kiernan landed a third consecutive point for Cavan and while Donie Smith would swing one over from the right, the trailers were still in the hunt after Galligan’s free made it a one score game again with eight minutes remaining.

Pierson (free) and Donie Smith cancelled each other out in the late minutes, leaving it at 1-12 to 0-12, as the game entered into five minutes injury-time.

Galligan pulled off a great save from Sean Mullooly to keep Cavan in with a chance in the dying minutes.

Efforts from Pierson and McKiernan brought the home side’s wides’ tally up to 13 before sub James Smith lashed one over with the outside of his boot to give his side hope.

The goal never came Cavan’s way though as they finished two short come the final whistle, which signified another Division 2 crown and promotion for the Rossies.