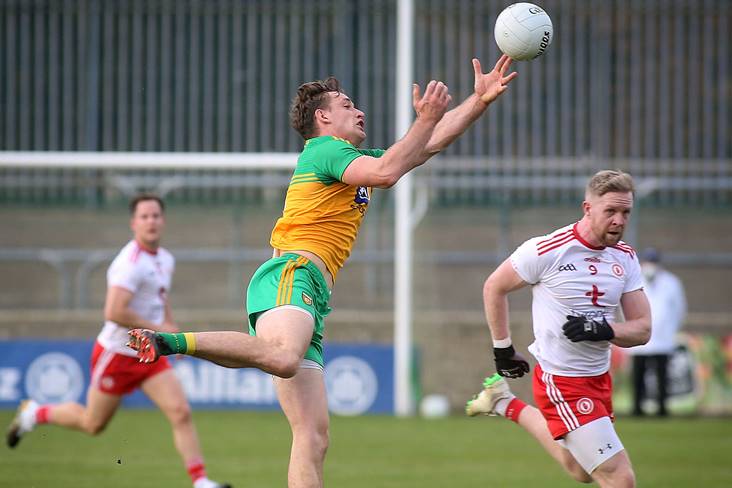 Donegal were far more convincing winners than the scoreline suggests as they saw off Tyrone at Ballybofey in a dress rehearsal for their Ulster SFC quarter-final in two weeks' time.

Despite the absence of Patrick McBrearty, Jason McGee, Odhrán McFadden-Ferry and Michael Langan, the hosts were comfortably the better team, with a last-minute goal from former AFL star Conor McKenna - on his Tyrone senior debut - glossing the scoreline for Mickey Harte's side.

With the spectre of relegation from Division 1 hanging over them, the reigning Ulster champions got off to the perfect start when Peadar Mogan went past three Tyrone defenders before blasting the opening goal in the seventh minute. However, Tyrone were soon level thanks to a contentious Darren McCurry penalty which was awarded for a challenge by Stephen McMenamin on Conor McKenna. 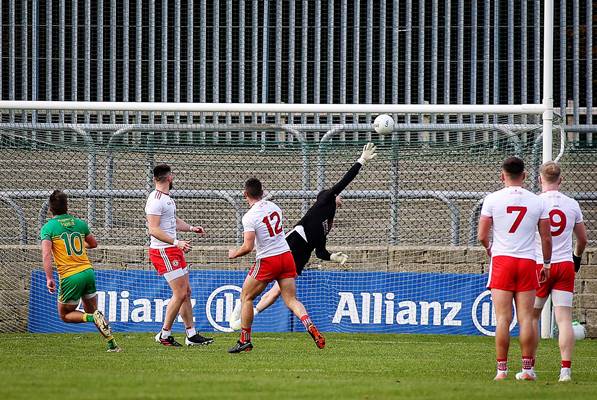 A Niall O'Donnell point had the home side ahead at the first water break and they extended their advantage to 1-9 to 1-6 at half-time thanks to four points in as many minutes from Ryan McHugh (two), Ciaran Thompson (free) and O'Donnell, with Kieran McGeary and McCurry clawing two back for the Red Hands.

Tyrone reduced the deficit to the minimum after the restart before Michael Murphy set up Jamie Brennan for Donegal's second major in the 40th minute. Declan Bonner's men were still four points up at the second water break and increased their lead in the final quarter through efforts from Caolan McGonagle, Murphy and Andrew McClean before McKenna bagged a consolation goal in stoppage-time.