Galway are set to take on Dublin in the All-Ireland U20 football championship final next Saturday after seeing off Kerry this evening at the LIT Gaelic Grounds.

The Tribesmen came up with the goods in the second-half to down the Kingdom in this one, with Matthew Tierney kicking some excellent frees to help them over the line.

Cian Monahan’s goal seven minutes in handed the Connacht champions the perfect start in this semi-final but it was their Munster counterparts went on to dominate up until half-time.

Deividas Uosis and Eddie Horan helped convert that Kerry dominance before Ruaidhri O Beaglaoich grabbed their goal that saw them lead by 1-7 to 1-5 at the half. 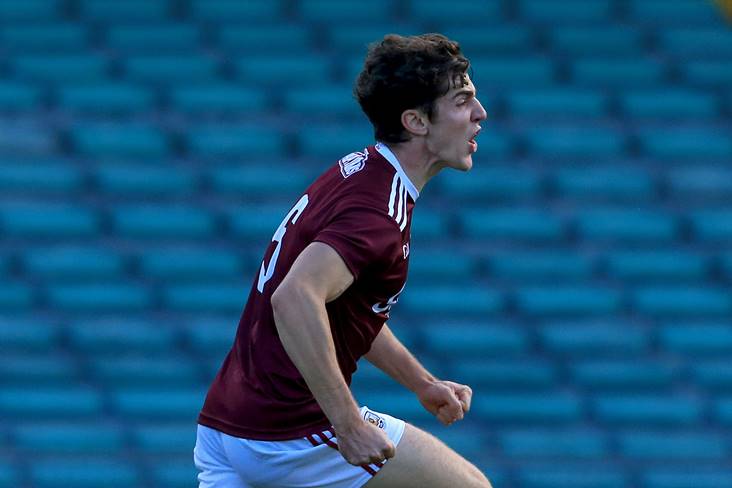 Tierney backed up a mark with a free to tie things up early in the resumption and sub Eoin Mannion would earn the marksman another free that swung Galway back in front.

Kerry ‘keeper Uosis’s radar was certainly on at the Gaelic Grounds as he sailed over another long range free that had the scoreboard reading 1-9 each with 13 minutes to go.

Three minutes later Monahan broke through to land Galway’s 10th point and from there they didn’t look back as Cian Hernon, Nathan Grainger and Patrick Kelly all shot over points, ensuring a repeat final from three years ago.