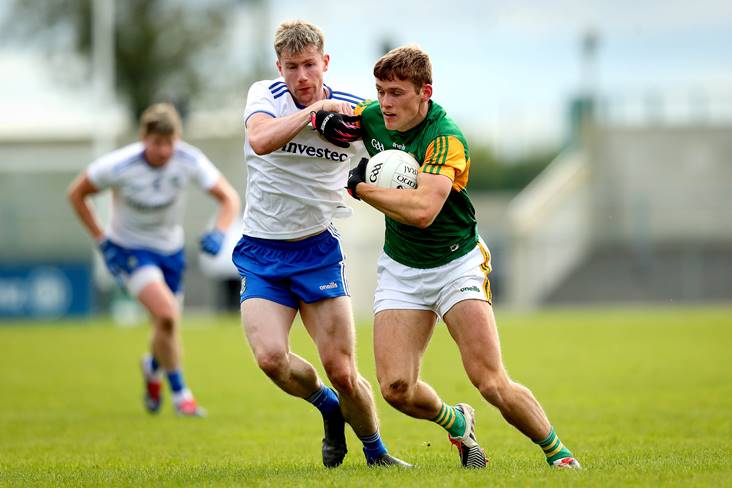 Kerry made a winning return in the Allianz Football League this afternoon by seeing off Monaghan in Inniskeen to move to the top of Division 1.

David Clifford and Tony Brosnan starred for the winners as they held out for both points here after a late surge from the hosts which was inspired by substitute Conor McManus.

The Kingdom controlled large portions of the first-half to lead by four at the break and would bump their advantage up to six, but 0-5 off the bench from McManus left Seamus McEnaney’s side in with a chance until the very last whistle.

Clifford’s fine point had opened the scoring at Grattan Park two minutes in and the Munster champions would be three to the good after a converted mark from their mesmerising full-forward and a point from Dr Crokes star Tony Brosnan.

Andrew Woods would get Monaghan off the mark on 12 minutes after raising a white flag prior to Diarmuid O’Connor sailing over at the other end just prior to the water break.

Dessie Ward hit the hosts’ second point of the afternoon and when Sean O’Shea’s ’45’ was outweighed by scores from Fintan Kelly (mark) and Micheál Bannigan the margin would be back at one with 13 minutes left in the half.

Jason Foley cut through the Farney defence for Kerry’s sixth point of the afternoon and from there Paul Keane’s charges would go on a run of four unanswered scores to keep the home side at bay.

Gavin White, Paul Murphy and Brosnan registered the points that saw the Kingdom 0-9 to 0-4 up on 28 minutes. 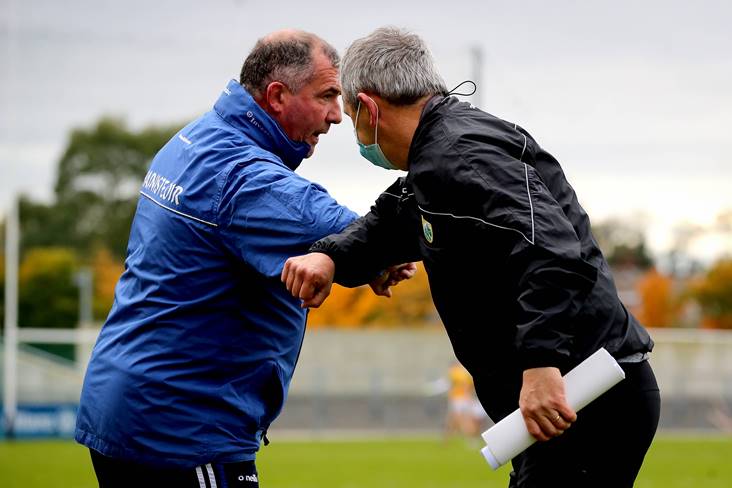 Kieran Hughes grabbed a sorely needed point for the Farney men that was cancelled out by Clifford (free) in the added minutes prior to Rory Beggan’s free leaving it at 0-10 to 0-6 come the interval.

Conor McManus replaced Conor McCarthy for the start of the second and the Clontibret forward made an immediate impact by curling over to erase David Moran’s early effort for the leaders.

Clifford had the difference at five again and Brosnan would add another as Monaghan couldn’t come up with a response until McManus broke through for his second point.

The deadly accurate O’Shea cancelled that out, leaving it at 0-14 to 0-8 in Kerry’s favour when the sides stopped for the water break.

Christopher McGuinness pointed a minute into the resumption for the hosts and brilliant point blank save from Beggan kept them in the contest.

McManus (free) and Stephen O’Hanlon both split the posts to try and keep the heat on Kerry for the final 10 minutes.

Keane’s travelling charges didn’t seem to feel it however, as Clifford and Tom O’Sullivan hit late scores that unsured they’d be bringing both points back down south with them.

McManus raised his tally to 0-5 with two points in injury-time and McGuinness (mark) made it a three-point game deep in injury-time but there was to be no equaliser for the Farney men.