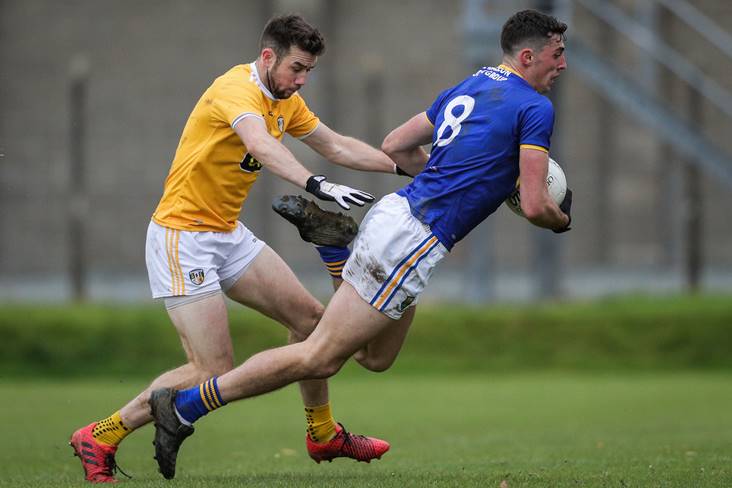 Wicklow made an emphatic return to Allianz Football League action this afternoon by demolishing Antrim with a 7-11 to 0-7 victory in Aughrim.

In what was the first competitive senior inter-county game staged in seven months, Seanie Furlong (penalty), Padraig O’Toole and Conor Byrne netted the first-half goals which surged the hosts towards an unassailable 3-5 to 0-1 lead by the break.

Paddy McBride kicked a couple of early points in the restart for the Saffrons, but they were wiped away when Furlong fired in his second goal on 48 minutes. 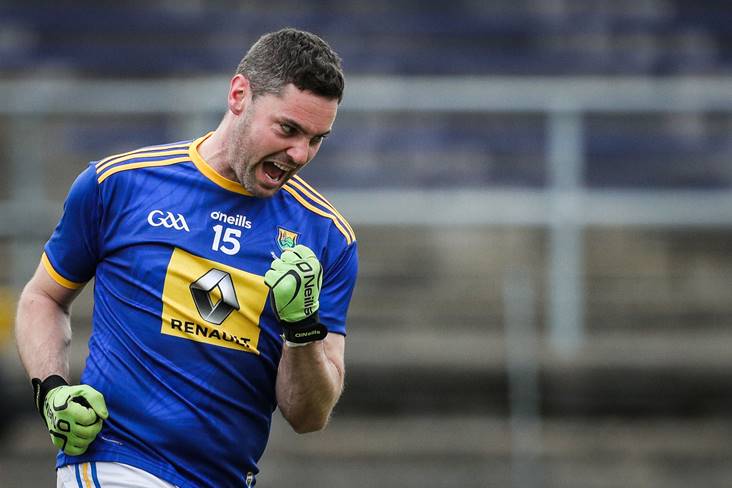 Paddy Cunningham shot over Antrim’s sixth point of the afternoon in response before the Garden men went on another goal spree.

Pat Burke and Eoin Darcy landed the back-to-back majors prior to Gearoid Murphy netting Wicklow’s seventh in the late stages.

The result sees Wicklow leapfrog Antrim in the Division 4 table and join leaders Limerick on eight points, with the Shannonsiders set to face Wexford tomorrow in Rathkeale (throw-in 3pm).

At Netwatch Cullen Park, Carlow picked up their second win of the league campaign with an impressive return against Sligo this evening.

Having trailed by a point at half-time, the hosts hit two second-half goals to win a thrilling encounter by 2-17 to 2-15 and put a huge dent in the Yeats County’s promotion hopes.