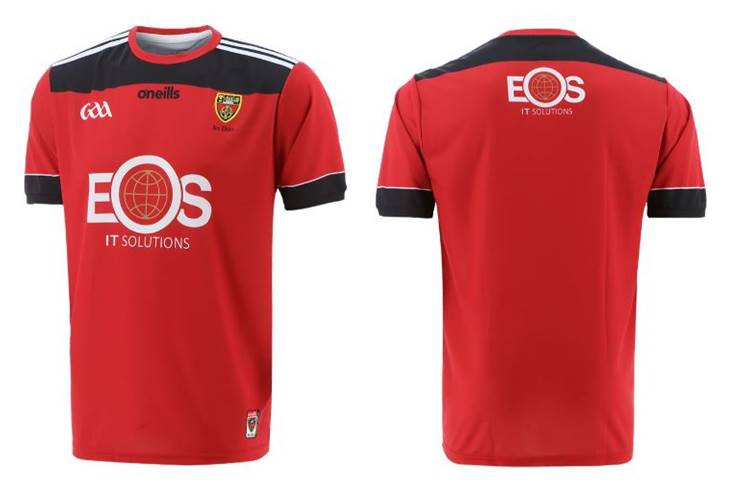 The new Down home jersey, front and back.

Down GAA have released their new home and away jerseys just in time for the return of the inter-county season.

They include the logo of main sponsor EOS IT Solutions once again and follow hot on the heels of Dublin's new strip.

The Mourne men will take to the pitch sporting their new look for the first time tomorrow when they face Leitrim in the Allianz Football League in Newry. Meanwhile, the county hurlers will debut the stylish O'Neills design against neighbours Derry in Sunday's Allianz League Division 2B final.

The home version is available to purchase online and in-store at O'Neills now.

New kit has been launched! pic.twitter.com/LxLOwS9wIX