"I think it will be a big lift for everyone watching" 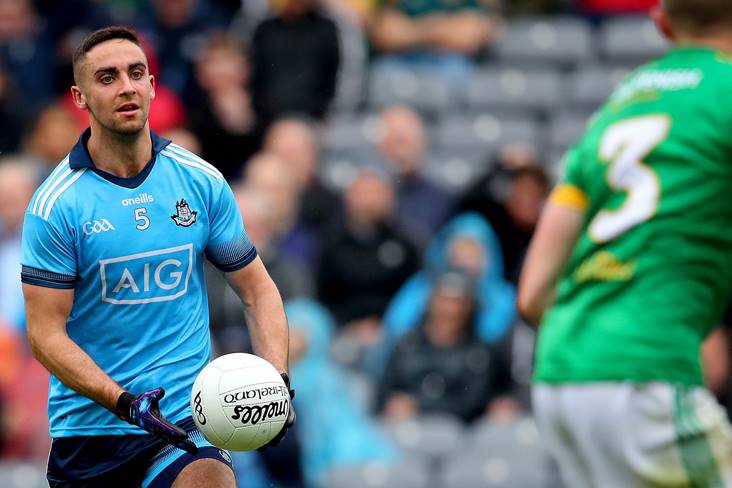 Dublin’s James McCarthy reckons this weekend’s return to inter-county action will be “a big lift” to those watching.

The inter-county season resumes tomorrow after a seven-month lay-off and one of nine Allianz Football League encounters will see McCarthy and his Dublin team mates battle it out with Meath at Parnell Park (throw-in 7pm).

With rising cases of Covid-19 across the country, there have been calls to cancel the 2020 season’s resumption but McCarthy is keen to get back out on the pitch again.

"From a physical and mental point of view, it'll be huge to just be playing sport and exercising. I think it gives everyone a big lift,” Ballymun Kickhams man told Off The Ball.

"Even for people watching sport, I was watching Novak Djokovic and Rafa Nadal last weekend (in the French Open final). Three hours gone with two lads going at it, it was brilliant.

"With so much GAA on this weekend, I think it will be a big lift for everyone watching."