Six-time Dublin All-Ireland winner Diarmuid Connolly has called time on his inter-county football career at the age of 33.

The news of the St Vincent's star's retirement was confirmed in a statement issued by Dublin GAA tonight. He bows out having played a role in his county's unprecedented five-in-a-row All-Ireland final win over Kerry last September.

The supremely gifted forward had enjoyed a remarkably successful stint in the Dublin senior football ranks since making his debut in the 2007 national league campaign against Tyrone. Connolly missed out on a seventh Celtic Cross in 2018 when he spent the summer in the US playing for Donegal Boston.

His days with Dublin appeared over but after a move back to the US fell through due to a visa issue, Connolly rejoined the Dublin fold under Jim Gavin last season for one last hurrah. He made his return to the sky blue jersey in the Super 8's win over Tyrone at Healy Park and featured in the historic All-Ireland SFC final replay win over the Kingdom. 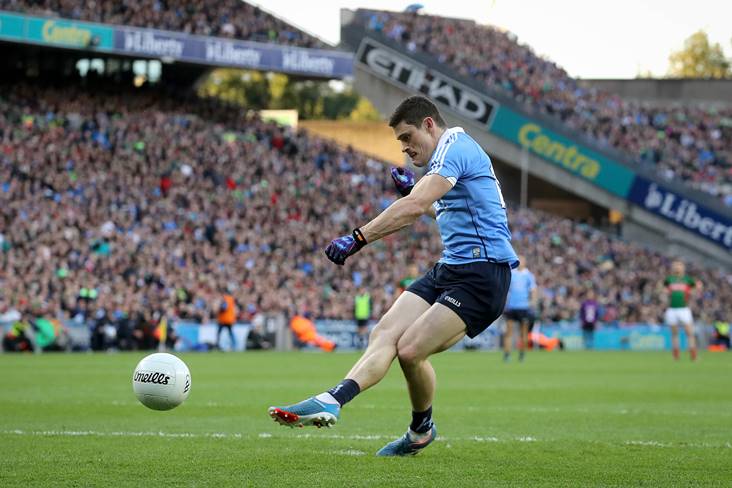 "I have come to the decision to retire from representing Dublin GAA at inter-county level.

"I have been fortunate enough to play with an incredible group of players and I have cherished memories for life.

"Throughout my journey with Dublin, I was lucky enough to have shared it with an exceptional collection of friends who displayed unwavering support and loyalty to me during my time.

"I would like to thank my club, St Vincent's GAA and the Dublin County Board for giving me the opportunity to represent Dublin from underage to senior level. There was always a strong relationship between the county board, the teams and players and this had a notable influence on how we performed.

"To all the Dublin senior management, support and medical teams that coached, treated and helped me throughout my fantastic journey - THANK YOU.

"To my parents, my family and my friends - thank you for supporting me and always believing in me. You gave me strength along my journey.

"Finally, I would like to express my eternal appreciation to the incredible loyal, passionate and devoted Dublin supporters, who were always there for us, no matter the score. You will always hold a special place in my heart.

"Thanks for the memories."

Diarmuid Connolly has this evening announced his retirement from inter-county football.