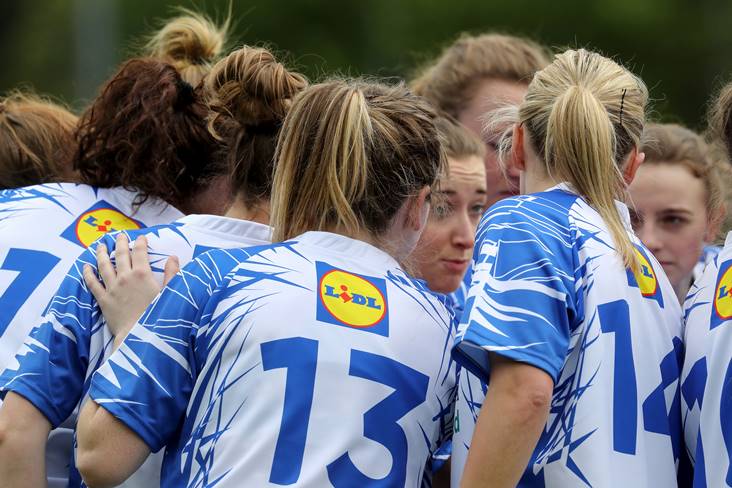 The Ladies Gaelic Football Association and its official retail partner, Lidl Ireland have announced the winners from the #LidlLegends campaign – a Lidl initiative to celebrate the voluntary work of LGFA members throughout the Covid-19 pandemic.

People were asked you to nominate their local #LidlLegends.

Whittling down the list of winners in each province was an onerous task for the judges as the brilliant work of LGFA members going above and beyond the call of duty to help out in their local communities was documented.

The winners, chosen by Lidl and the LGFA, have won a set of Lidl sponsored jerseys and training equipment, a training session with a Lidl ambassador for their club team, along with a €100 Lidl voucher for themselves.

Our Connacht winner is St John’s LGFA Chairperson Olivia Flannery in County Sligo, who was nominated by Saoirse McLoughlin.

Saoirse told the LGFA that school-teacher Olivia was shopping for many residents in her local area up to ten times a week, doing a daily paper run and cooking dinners for cocooning neighbours, all while catering for her own busy family and working remotely.

In Leinster, the winner is ten-year-old Carla Dalton, who was nominated by her mum, Deirdre.

Carla, who plays with the Naas U11s in County Kildare, sold her toys to buy treats for local frontline workers.

The Munster winners are Midleton U14 club players and sisters Lily and Megan Kelly, who were nominated by club PRO Tracy Saunderson.

Tracy told the LGFA that Lily and Megan were busy making masks with all proceeds being donated to Pieta House and Marymount Hospice.

Finally, the Ulster winner is from County Donegal, and the Naomh Brid Pettigo LGFA Club.

Martin Goldrick, manager of the club team was nominated by his wife Vera, who explained that Martin shaved his head to raise money for ChefAid Ballyshannon, who provided hot meals to the elderly and isolated/compromised during the Covid-19 crisis.

In addition to recognising LFGA members’ support in their local communities, Lidl Ireland have been showing their own support too; Lidl Ireland were the first retailer to offer dedicated shopping hours for the elderly available from 9am – 11am each day, prioritised all frontline healthcare workers offering priority queuing at store entrances as well as at the checkouts and introduced community gift cards to help customers who were unable to frequent stores due to isolating and cocooning at home.