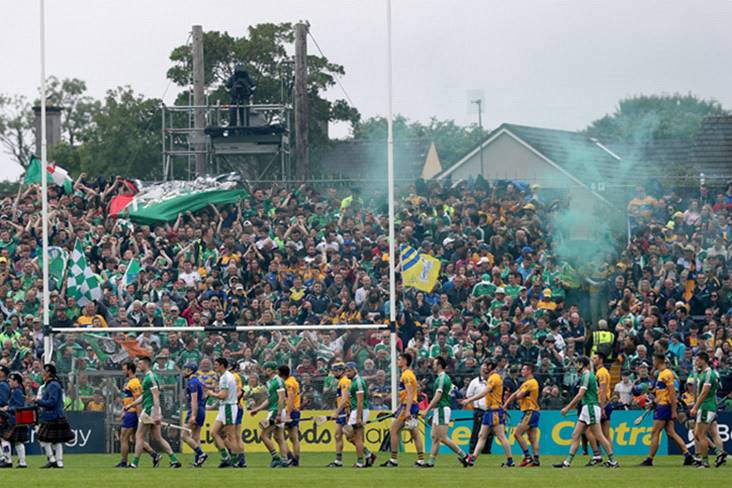 The Clare and Limerick teams parade before the 2018 Munster SHC round 5 clash between the sides at Cusack Park, Ennis. ©INPHO/Bryan Keane.

As if there wasn't enough already at stake, the Munster SHC quarter-final between neighbours Limerick and Clare on October 24/25 will double up as the Allianz Hurling League Division 1 final.

While announcing their plans to run off the rest of the 2020 inter-county season earlier today, the GAA confirmed that the Allianz Hurling Leagues would not be completed and declared Limerick as Division 1A champions and Clare as Division 1B winners.

Both teams had qualified straight for the semi-finals after topping their respective divisions and the quarter-finals were due to be played on the weekend of March 14/15 but the GAA pulled the plug on games days before because of the coronavirus outbreak.