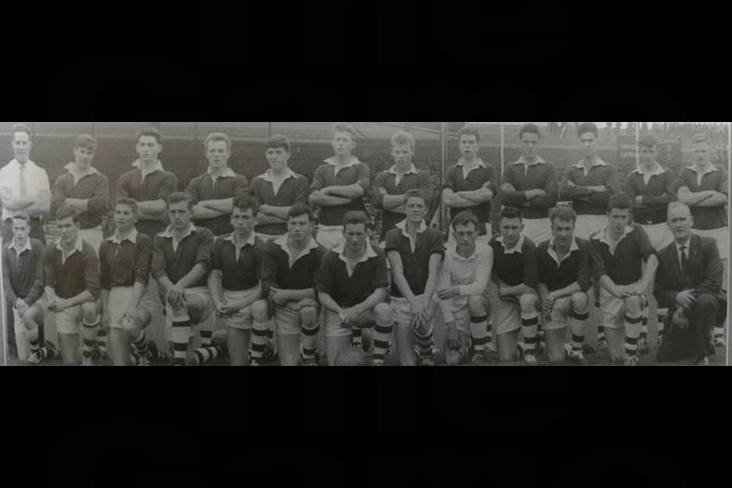 The 1963 Westmeath minor team, with the late Paddy Buckley (fifth from left, back row).

The Maryland maestro died peacefully last night aged 75. He first came to prominence as a member of the first Westmeath minor team to reach an All-Ireland final in 1963, only to come up short against Kerry. Paddy is the seventh member of that side to have passed away, with Tom King, Gerry Frawley, Ray Niland, Mickey Fagan, Rob Cornally and captain Frankie Connaughton having already passed to their eternal reward.

Paddy went on to play for and manage the Westmeath seniors. One of the Drumraney man's most memorable performances in the maroon jersey came in January 1969 when he scored 2-5 in a 4-14 to 3-7 victory over Dublin in O'Byrne Cup. Westmeath had a fine team at the time, boasting players of the calibre of the late Mick Carley, Dom Murtagh, the late Mickey Fagan, Georgie Keane, Pat Bradley and Dessie Dolan Snr but, alas, failed to make the breakthrough the county desperately craved.