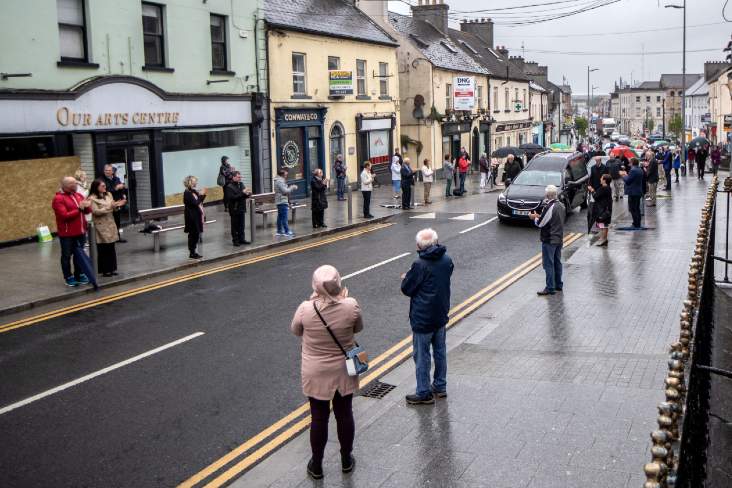 Huge crowds lined the streets of Tullamore to honour Paddy Fenning as he was laid to rest on Monday.

Due to the current restrictions, those wishing to honour the brilliant footballer and community worker lined the roads while obeying social distancing. A soft rain fell as the cortege slowly carried Paddy through the streets he knew so well.

In an intercounty career which lasted eleven years, 1970 until 1980, the Tullamore star gathered two Celtic Crosses, 71 and 72 and provincial medals in those two years plus 73 and with a rejuvenated Offaly in 1980. Fleet footed, fearless, hard working, Paddy usually operated as a wing, sometimes corner forward. It was his goal which turned matters in the All Ireland final replay of 1972