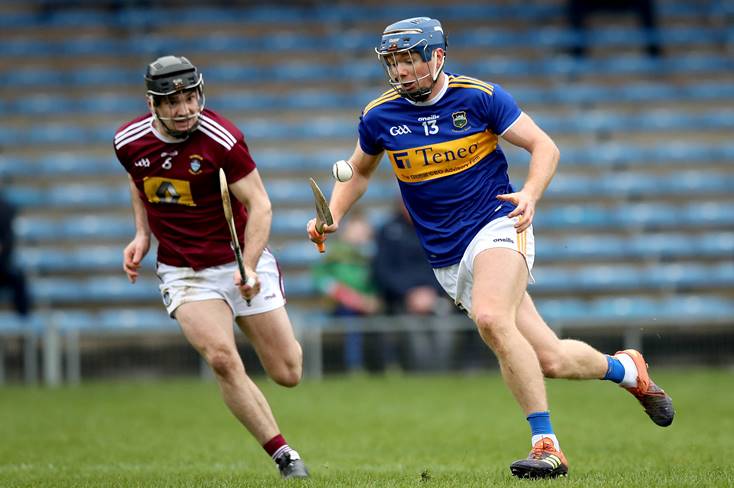 Jason Forde scored 0-14 as Tipperary swatted aside Westmeath's challenge at Semple Stadium to register their first win in this year's Allianz Hurling League.

Forde hit 0-9 in the first half alone to help the All-Ireland champions to a commanding 2-14 to 0-7 lead at the break. It continued to be one-way traffic after the restart with a late 1-1 from Seamus Callanan adding gloss to the scoreline for the hosts, who still have a chance of reaching the knockout stages.

Westmeath's cause wasn't helped by a straight red card for top-scorer Killian Doyle following an incident involving Sean O’Brien five minutes into the second half.

Points from Derek McNicholas and Doyle ensured Westmeath of parity, 0-3 apiece, after 10 minutes, but Tipp then reeled off three unanswered points before Cian Darcy pounced on a mistake by Westmeath 'keeper Aaron McHugh for the opening goal in the 16th minute.

Michael Breen and Doyle traded scores before Forde and Alan Flynn extended the Premier County's lead. A second goal by Jake Morris effectively ended the game as a contest with only 19 minutes elapsed.

Allan Devine took over the free-taking duties and slotted two quick points, but Tipp drove on with a succession of classy scores from Ronan Maher and Morris before Callanan, who was making his first start of the season, applied the coup de grace late on.