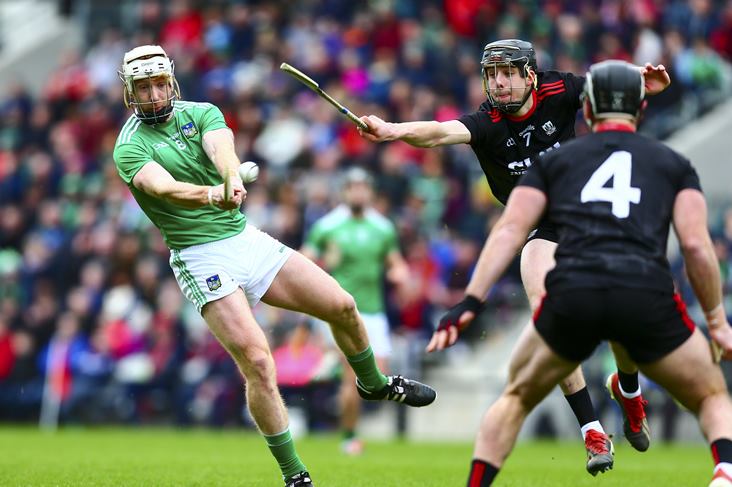 Limerick remain on course to retain their Allianz Hurling League crown after edging past Cork to register their third win of the Division 1 campaign in Páirc Uí Chaoimh.

Aaron Gillane posted 0-13 (0-11 from frees) as John Kiely's men moved a step closer to the semi-finals in front of a crowd of 11,212. Limerick led by 0-17 to 0-11 at the break, but with Patrick Horgan helping himself to 0-17 (0-16 from placed balls), Cork stormed back after the restart to twice take the lead before Limerick finished the stronger.

Wearing specially designed black jerseys to commemorate the centenary of the deaths of former Lord Mayors Tomás Mac Curtain and Terence McSwiney, Cork played second fiddle for long stages of the first half, falling behind to a Cian Lynch point straight from the throw-in. With Gillane unerring and wing back Paddy O'Loughlin also getting in on the scoring, Limerick led by double scores, 0-12 to 0-6, at the end of the first quarter.

Gillane converted four unanswered frees to extend the winners' lead to eight before Horgan replied with a brace at the other end to leave six in it at the break.

Cork were much-improved on the resumption and had levelled by the 47th minute thanks to a fine individual goal from Shane Kingston and a string of points from Horgan.

The Rebels hit the front for the first time, 2-18 to 0-21, in the 53rd minute when substitute Aidan Walsh fielded a Horgan free and dispatched the sliotar past Nickey Quaid.

Kyle Hayes restored parity for the 2018 All-Ireland champions and the lead changed hands a couple of more times before late points from wing back Diarmaid Byrnes ('65) and Gillane sent the visiting fans home happy.