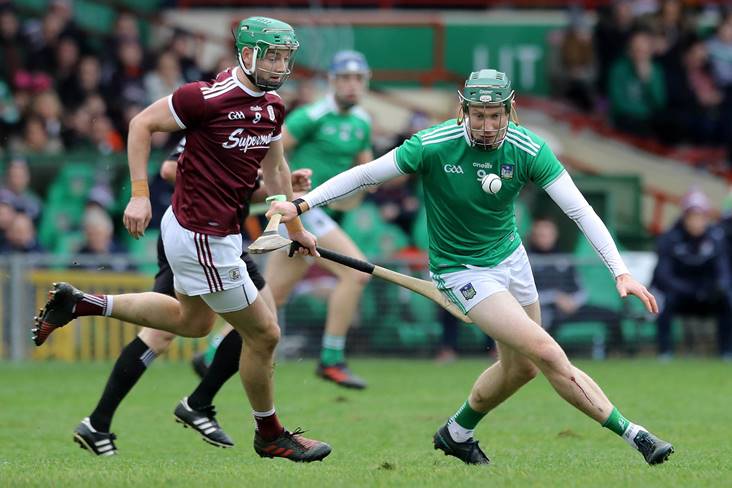 Limerick had ten different scorers as they defeated Galway by 1-19 to 0-14 at the Gaelic Grounds.

John Kiely’s charges, victors over Tipperary last weekend, were dominant throughout and could afford the luxury of 15 wides, while it was one of those days for Galway – their frustrations typified by Jason Flynn’s late goal effort, which cannoned back off the crossbar.

Having played into the teeth of a strong wind, the Treaty County led by 0-12 to 0-9 at the break, David Reidy accounting for exactly half of the hosts’ first-half tally, with 14,151 taking in the action.

Joe Canning also whipped over half a dozen first-half points for the Tribesmen, while their other first-half scores were supplied by Cathal Mannion, Conor Whelan and Aidan Harte.

Galway brought in Conor Cooney for the second half but it was the Munster champions who re-opened brightest following the resumption, David Dempsey’s quickfire goal to the bottom corner doubling their lead before the luckless visitors lost Joe Canning to injury, having halved their deficit with points from Canning, Shane Cooney and Whelan.

Spurred on by scores from Gearoid Hegarty, substitute Aaron Gillane and William O’Donoghue, the holders led by six points at the three-quarters stage, 1-16 to 0-13, with all of their forwards having registered from open play, making it a fruitless return to his native county for away manager Shane O’Neill.

The losers had led by five points to four following a run of points from Canning (2) and Harte and also by 0-8 to 0-6 with ten minutes left before the interval, but a six successive points put the Treaty in the driving seat, Seamus Flanagan’s effort making it 0-12 to 0-8.