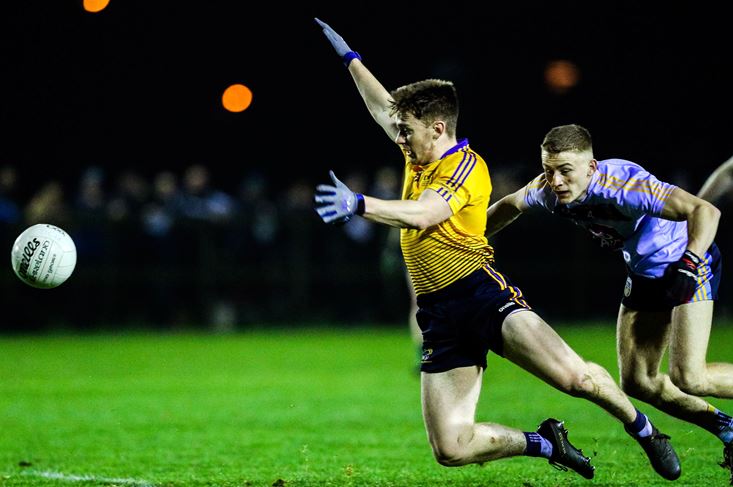 DCU will meet IT Carlow in this year’s Sigerson Cup final after both sides came through their respective semi-finals tonight.

DCU were in cruise control as they handed capital rivals UCD a resounding 1-15 to 0-3 defeat at the DCU Sportsgrounds, where Monaghan’s David Garland top-scored with 0-7 for the winners.

The hosts led by 0-7 to 0-2 at the half and then hit the net just a minute after Gary Walsh put up UCD’s third and final point of the match.

Micheál Bannigan converted the rebound of a 32nd minute penalty to leave DCU home and hosed as they shot over the next eight points unanswered to soundly avenge last year’s exit to the now former holders.

Paddy Christie’s team will meet IT Carlow next Wednesday night on home turf after the latter snatched a late victory against Michael Murphy’s Letterkenny IT side tonight. It finished 2-9 to 1-9 in Inniskeen, where Adam Steed’s 62nd minute goal clinched a dramatic late win for the Carlow students.

Letterkenny had edged this gripping semi-final at the halfway stage (0-5 to 0-4) but they were reduced to 14 men after corner-forward Darragh Black picked up a second caution with 18 minutes to play.

Michael Langan (0-4) nudged the Donegal lads 0-8 to 0-6 in front shortly after but things seemed to unravel from there as Evan Lowry found the net for the would be winners after Michael Lynch’s effort has come off the crossbar.

Letterkenny hung on though and extra time looked certain once Caoimhin Marley converted Eoin McGettigan’s pass to the net on the hour, making it 1-9 to 1-9, but there was to be one final twist.

It saw Cian Farrell lash a ball into the Letterkenny square and Steed met it at the back post for all three points, sending IT Carlow into its first ever Sigerson Cup decider.