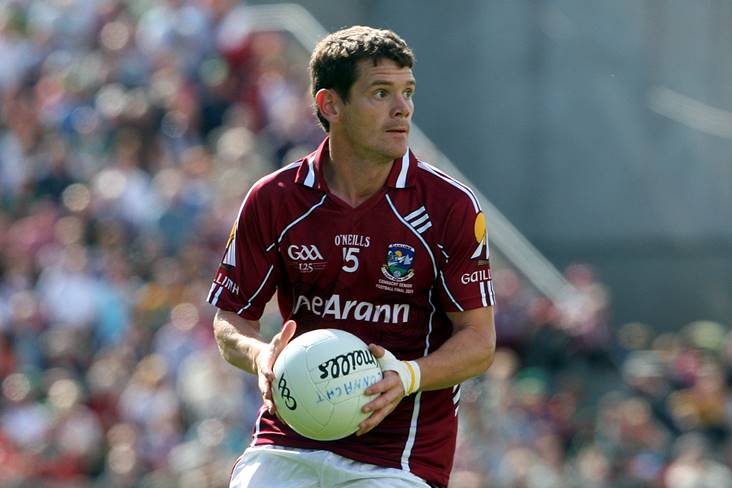 Declan Meehan was inducted into the Claregalway Hotel Dream Team Hall of Fame on Friday night.

The 2001 Footballer of the Year was presented with his award by former Sunday Game host Michael Lyster at the annual awards ceremony which honours Galway's top club footballers in men's and ladies football. Part of a famous football family from Caltra, Meehan scored one of the greatest team goals ever seen in Croke Park in Galway's 2000 All-Ireland SFC final replay defeat to Kerry.