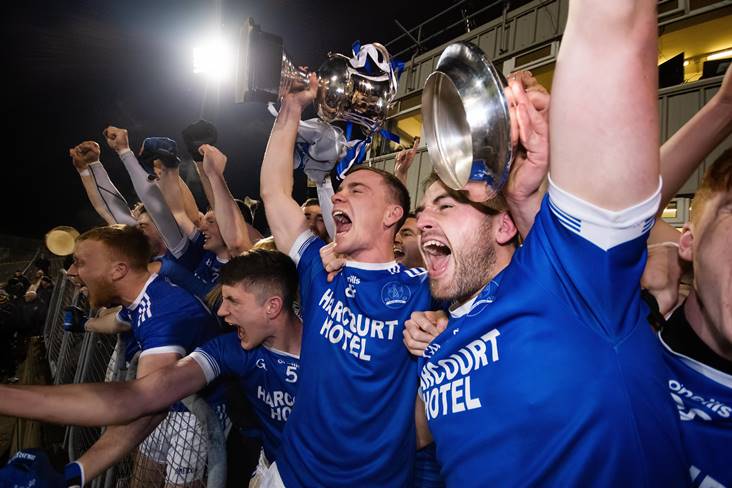 The Glenties club led by as many as seven points midway through the second-half before veteran Dermot ‘Brick’ Molloy shot over the insurance point in injury-time to ensure their Ulster semi-final date against Clontibret.

Having defeated Gweedore last Wednesday night in a second county final replay, Naomh Conaill were back on duty here and made a sizzling start in Cavan town that saw Brendan McDyer, Kieran Gallagher, Ciaran Thompson and Charles McGuinness hitting the first four points.

Cormac Daly pulled one back for Castlerahan in the 18th minute but they looked in a world of trouble once Ciaran Thompson hit their net soon afterwards.

Points from Stephen Cooney, Karl Cosgrove and Daly left a goal in it at the break (1-5 to 0-5) but it wasn’t long before the victors were humming again as McGuinness, Ciaran Thompson and Jeaic McKelvey left it at double scores come the 40th minute.

Donal Keogan’s trailing side mounted a mini-revival in the closing 10 minutes that saw Ronan Flanagan, Karl Cosgrave (2) and Daly all raising white flags but they still finished three short in the end.