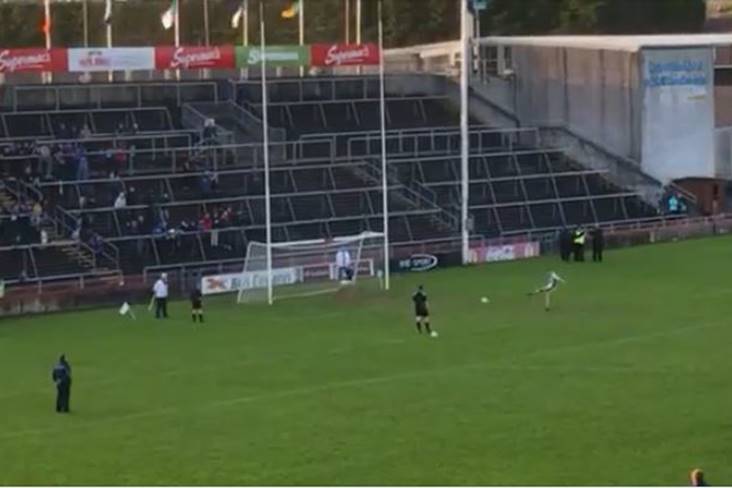 Oughterard were crowned Galway intermediate football champions for the first time since 2001 after beating Mícheál Breathnach 5-4 on penalties in a dramatic final replay at Pearse Stadium yesterday.

Man of the match Matthew Tierney scored the winning penalty after the shootout had gone to sudden death. He also scored Oughterard's first penalty and converted frees to first send the replay to extra-time and then to penalties.

A penalty shootout was also needed to separate Dunmore MacHales and Oranmore-Maree at the quarter-final stage of the Galway IFC last month.