Mulqueen to be ratified as Clare boss tonight? 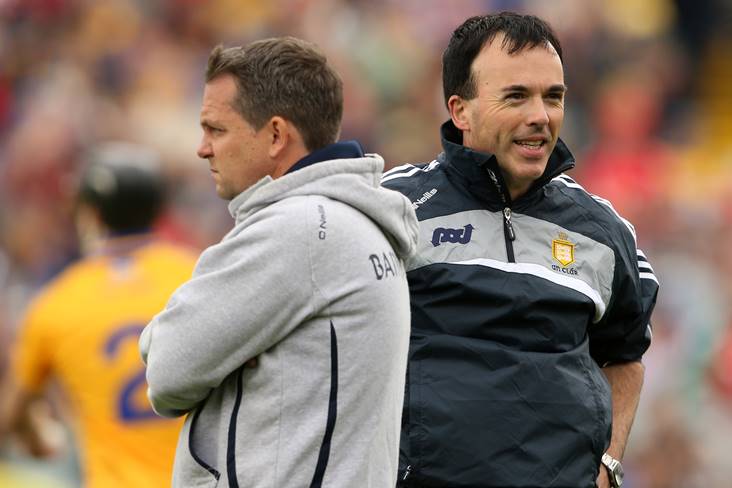 Louis Mulqueen during his time as Clare selector under Davy Fitzgerald. ©INPHO/Cathal Noonan.

There could be white smoke regarding the appointment of a new Clare senior hurling manager tonight.

The Clare County Board have called an Emergency Meeting for tonight (Wednesday) and it is expected that a name will be put before club delegates for ratification.

The Irish Daily Star reports that Louis Mulqueen and Brian Lohan were both interviewed for the vacancy on Monday night.

Speculation suggests that St Joseph’s Doora-Barefield clubman Mulqueen – who was selector for the 2013 All-Ireland success – is the favourite.

He also delivered a Galway SHC success as manager of Liam Mellows.