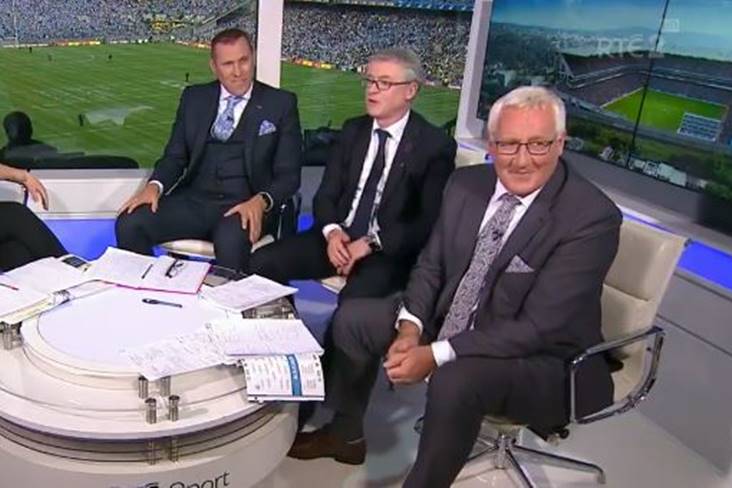 Joe Brolly’s days as an RTE GAA pundit could be numbered, according to an article in today’s Irish Sun.

Following on from the announcement yesterday that the national broadcaster has replaced Brolly with Stephen Rochford for this Saturday’s All-Ireland final replay coverage, an RTE source told the Irish Sun: “The feeling is he’s gone for good.”

Brolly made controversial comments about referee David Gough during the half-time analysis of the drawn encounter which he has since apologised for.

He wrote in his ‘Sunday Independent’ column: “I suggested in the heat of the moment that referee David Gough may have been influenced by the propaganda emanating from Kerry in the lead-up to the game.

“Afterwards, I contacted him to apologise for this.

“It was wrong of me and unfair on David, who is a man of integrity and honour.”

The source said: “This isn’t just because of the Gough comments, it’s been a long time coming.”