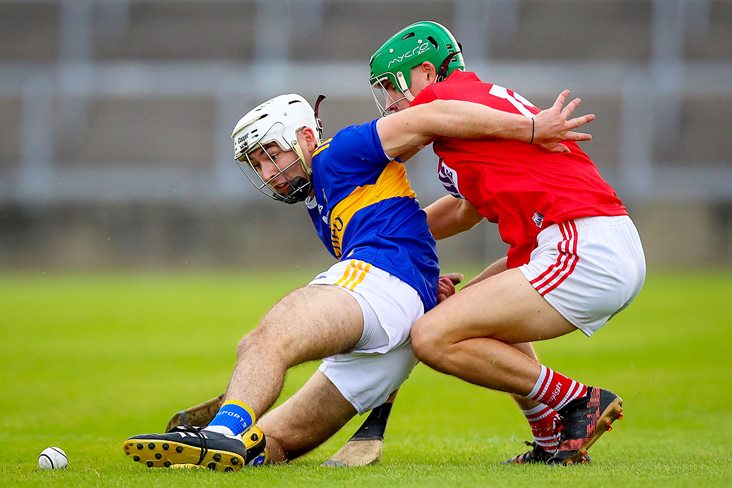 Tipperary blew Cork away with a remarkable start at Limerick’s Gaelic Grounds to claim the All-Ireland U20 hurling championship crown.

Liam Cahill’s charges hit their opponents for four goals in the opening eight minutes to take complete control of this final and never look back.

Billy Seymour (2-5), Andrew Ormond and Jerome Cahill provided the early majors for Tipp while Jake Morris, who, along with Cahill and Paddy Cadell, earned his second All-Ireland medal in six days here, was a constant tormentor for Cork throughout.

Having trailed by 11 at the break, the Rebels pulled a goal back through Tommy O’Connell 15 minutes into the second-half prior to Cathal Bourke putting the icing on the cake in a week that Premier County fans won’t soon forget.

Tipp’s sensational start saw Seymour netting their first goal of this decider inside the opening minute before the Rebels hit back with 0-3 on the bounce.

Brian Turnbull, Conor O’Callaghan and Daire Connery all struck sweet scores early for their team to square things after four minutes of play, as the ship looked to have been steadied.

Seymour nudged the victors back in front before the electric Morris cut through and set-up Ormond, who was ice cool with his finish past Ger Collins in the Cork goal.

It went from bad to worse very quickly for the Leesiders after that, as 'Man of the Match' Seymour raised his second green flag just a minute later after lashing the sliotar through a wall of bodies to the back of the net for three more points.

Riding their momentum, the Munster champions continued to turn up the heat on Cork’s struggling defence and would again reap maximum profit once Cahill got in behind and found the corner of Collins’ net, making it 4-1 to 0-4 with just eight minutes on the clock.

Tommy O’Connell’s ‘65’ stopped the rot for the Rebels only momentarily, as points from Morris (2) and Seymour at the other end served to further tighten the Premier lads’ grasp on this encounter.

Turnbull (2) frees erased overs from Morris (65) and Conor Bowe to keep the difference at an even dozen prior to Ormond smashing one over from along the flank. Connery and Cahill cancelled each other out as the half drew to a close, with Tipp leading by 4-9 to 0-10 when the sides went in and looking to have on hand on the James Nowlan Cup.

Evan Sheehan would be introduced for the start of the second-half in place of Simon Kennefick by Cork boss Denis Ring, who saw his side landing three wides early in the restart.

Instead it was Seymour who brought his tally up to 2-3 with the opening score of the resumption as Turnbull registered another pair of frees to outweigh one more from Morris.

Morris had the umpire reaching for the white flag again just a minute later after fine take, turn and point as the game entered its closing 20 minutes with Cork now looking to throw the kitchen at their Munster counterparts.

O’Connell would give them the slightest glimmer of hope when he ghosted past two swatting Tipp defenders to laser a sensational finish to the top corner of the net, leaving it at 4-14 to 1-13 for the closing quarter.

The trailers came very close to hitting the net again on 53 minutes when sub Sheehan paved a path through but ‘keeper Alan Browne came up with the goods to turn his effort around the post and O’Connell shot over the resultant ‘65’.

Watch all the Full-Time Highlights of Cork v Tipperary in the Bord Gais Energy All-Ireland Under 20 Hurling Championship Final here on GAANOW. pic.twitter.com/RzsQt9fem9

Sean Twomey also had a shot at the Tipperary goal but flashed his chance just wide and it was Seymour that landed a sideline at the far end instead as this game came into its home stretch.

Cork’s misery would compounded by marksman O’Connell picking up a second caution on the hour mark and substitute Bourke rifling in a fifth goal to their net in the third minute of injury-time.