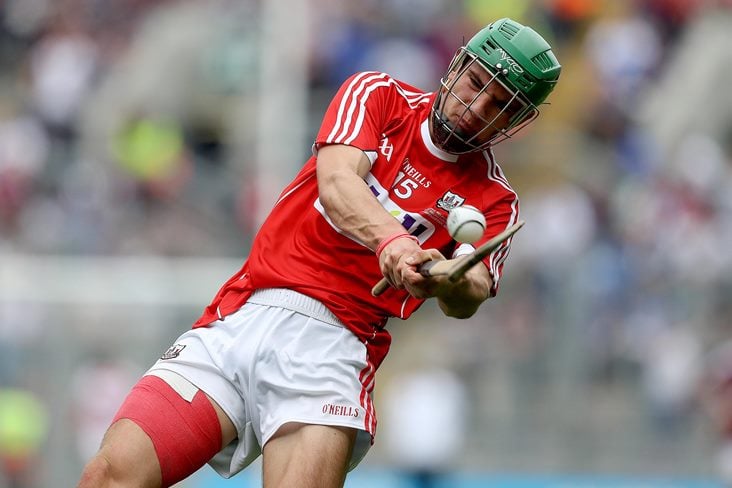 Cork are through to the Munster U20 hurling final after beating Clare by 0-24 to 0-15 at Pairc Ui Rinn tonight.

The winners – who had star performers all over the field - will square up to Tipperary in what promises to be a superb provincial final at Semple Stadium on Tuesday, July 23rd. Brian Turnbull was Man of the Match but Tommy O’Connell, Craig Hanifin, Daire Connerry and Shane O’Regan were others to really catch the eye.

With 2,965 braving the summer rain on the banks of the Lee to take in some terrific midweek action, the sides were level three times early on and it was nip and tuck for most of the opening period before Denis Ring’s highly impressive charges gradually got on top to take a 0-12 to 0-8 lead into the interval.

The game got off to a rip-roaring start with six points traded inside the first four minutes, Mark Rodgers striking first for the Banner County, only for Brian Roche to equalise, followed quickly by an Aidan McCarthy reply – all inside the first minute!

Cork No.11 Hanifin levelled the scores again in the second minute and Sean Twomey pushed the hosts, who saw off Limerick last week, ahead for the first time. Ten minutes elapsed before Turnbull stylishly clipped over the Rebels’ next point, his neat 14th-minute strike restoring their lead, 0-4 to 0-3.

In the 16th minute, Hanifin steered over the first converted free of the evening to leave two between them for the first time, midfielder O’Connell adding the sixth and seventh Cork scores after Rian Considine fired one over at the other end.

Not to be outdone, opposing No.8 McCarthy struck back with a brace – a free and one from play – but home full forward O’Regan came out the field to take a pass from Turnbull and loft over a superb Cork point. When Clare No.14 Gary Cooney was tugged back as he bore down on goal, McCarthy had no problem sweeping over the resultant free from in front of the posts, Hanifin quickly replying in kind – 0-9 to 0-7 after 26 minutes. Diarmuid Ryan smacked over an inspirational Clare point – his second - but Twomey struck back in the 30th minute, injury-time efforts from Hanifin (free) and Turnbull ensuring that the Leesiders took a four-point cushion into the interval.

O’Connell’s point inside ten seconds gave the winners a perfect start to the second half but Killian McDermott powered through to take a nice point at the other end, Hanifin’s free making it a five-point game again. But the Primrose & Blue refused to roll over and Considine kept them ticking over and Rodgers clipped over another one to leave them within three heading into the last 20 minutes.

The cat was back amongst the pigeons when Aidan Moriarty notched the visitors’ third unanswered point but Turnbull’s reply steadied the Rebels and the outstanding O’Connell whipped over his fourth at the three-quarters stage to make it 0-16 to 0-12.

Connery’s sensational long-range strike was worthy of the spate of fist pumps … one could sense that it was the score that had finally put the game to bed. Turnbull followed up with another Cork point as Sean Doyle’s spirited charges finally started to disappear in the rear view mirror.

We hadn’t seen it all just yet: on 50 minutes, O’Regan executed a magical left-handed catch from the clouds before whipping over a magnificent first-time point from out the field … one of the best points we’ll witness in any intercounty hurling match this year!

McCarthy (free) and Ryan (2) mustered consolation points but Cork were more than comfortable and they replied with a flurry of late points from O’Regan (3), Twomey and O’Connell.