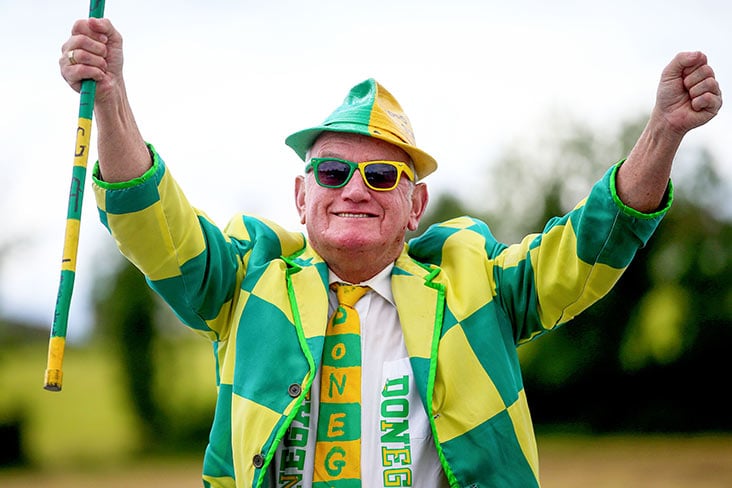 With 12 games played across the provincial and All-Ireland SFC qualifier competitions this past weekend, there was some picking on our latest team of the week…

Donegal’s Shaun Patton produced a flawless display against Tyrone but Garden County netminder Jackson gets the nod after his seven-point haul against Leitrim.

Down sent Tipperary packing from this year’s Sam Maguire Cup race and captain O’Hagan played a key role for the winners. Defeated Leinster semi-finalists Laois are next up for Rogers and the Oak Leafers following their comprehensive victory over Wexford.

The all-action Moynagh roamed forward and kicked two points as the Breffni County overcame Armagh at the second attempt.

Meath’s Mr Reliable caused plenty of problems for Laois going forward and won the all-important penalty that Mickey Newman converted at the end of the first-half. Centre-back Clarke proved to be the rock on which many an Armagh attack perished in Clones.

Donegal produced an excellent team display against Tyrone and Gallagher’s ball carrying skills were a key ingredient in their winning formula. Monaghan didn’t set the world alight in their qualifier win over Fermanagh but Hughes got his hands on plenty of possession around the middle third of the field and kicked two points for good measure.

The efficient manner in which Fenton and the Dubs disposed of the Kildare challenge augurs well for their five-in-a-row bid.

The hard-working McVeety contributed four points to Cavan’s final tally of 0-23 at Clones. Lively forward Brennan took the scoring honours with 1-3 and Tyrone couldn’t cope with his off-the-ball movement. After getting the red card he was shown against Louth rescinded, the Kilmacud Crokes ace clipped over seven points from play against the Lilywhites.

Costello continued his rich vein of scoring form with 0-9 (five from play) and will be hoping for more of the same against Meath in the Leinster decider. A late call-up to the Royals starting 15, Conlon repaid manager Andy McEntee’s faith in him with a return of 0-5 on his first senior championship start.