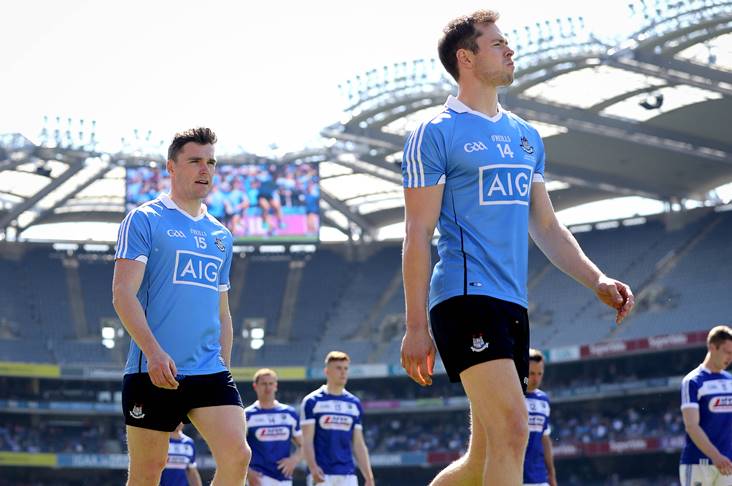 Dublin manager Jim Gavin looks set to be without the services of Dean Rock, Jonny Cooper and Eoin Murchan, once again, for Sunday’s Leinster SFC semi-final with Kildare.

All three missed the runaway quarter-final success over Louth and the Irish Daily Mirror reports that they are unlikely to feature against the Lilywhites.

Rock is struggling with a hamstring injury while an ankle complaint is keeping Cooper sidelined.

It's reported that Cooper’s Na Fianna clubmate Murchan is struggling with a soft tissue injury.

As things stand, Paul Mannion is ruled out after being sent-off against the Wee County but that could change if the Sky Blues successfully appeal that decision to the Central Hearings Committee this week.