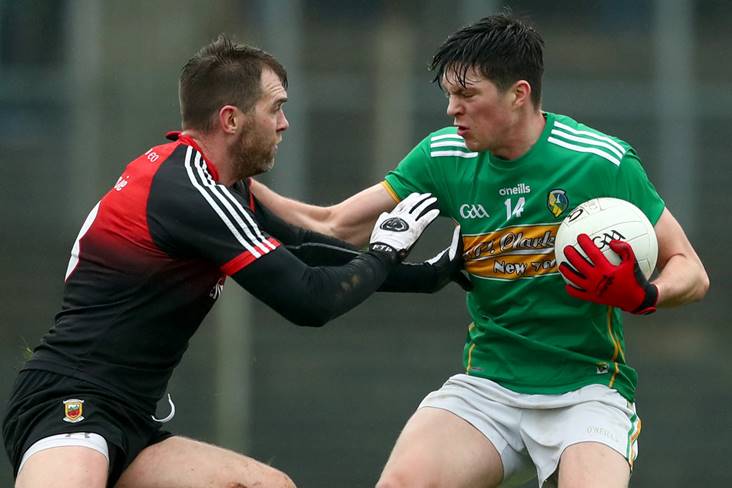 A novel penalty shoot-out was required to separate Mayo and Leitrim in Pairc Sean MacDiarmada today and it’s James Horan men who advance to a Connacht SFL semi-final clash with arch rivals Galway.

The sides finished tied on 2-13 apiece after Damien Moran sent over a last gasp equaliser for the home side.

Those in attendance were subsequently treated to the unique spectacle of a penalty shoot-out to determine the winners and Mayo came out on top by 4-1.

They overturned an eight point deficit to salvage a draw.

Reape and Boland netted first-half goals for Mayo and they took a 2-9 to 0-8 lead into the break.

The home side clawed their way back into contention thanks to second-half goals from Evan Sweeney and substitute Ryan O’Rourke but failed to finish off the job in the penalty shoot-out.