"I haven't considered it" 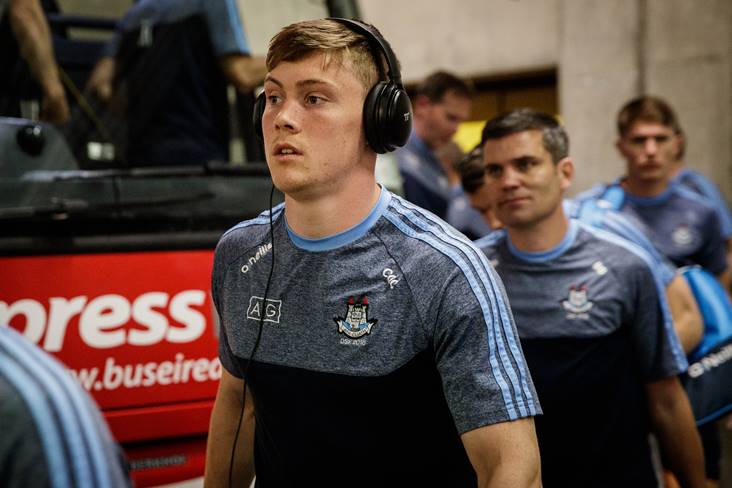 Con O'Callaghan and his Dublin teammates arrive at Croke Park before the Leinster SFC final against Laois.
©INPHO/Ryan Byrne.

Dublin football star Con O’Callaghan says he's unlikely to be swayed towards a switch in code at inter-county level.

O’Callaghan’s remarkable haul of medals over the past couple of years includes two All-Ireland club senior hurling titles with Cuala under Mattie Kenny, who was officially appointed as Dublin hurling manager a month ago yesterday.

Speaking to the Irish Independent, the 2017 Young Footballer of the Year says he can’t see himself being persuaded by his now former manager to opt for the small ball game when donning the sky blue.

"I haven't considered it. I'm really enjoying football and particularly with the club so successful, it's not that I'd no desire to play with the hurlers but I'd had some success in hurling.

"In the next couple of years I can't say that I won't (hurl for Dublin) but I see myself playing football - hurling with the club but football for Dublin.

"Obviously, the success of the Dublin footballers was something that inspired you and something you wanted to be part of as well.

"There's a lot of talented lads there (in the Dublin dressing-room) and loads who have played hurling. We're more successful in football and that's probably drawn them in as well as lads' personal preferences. That's probably the main reason."