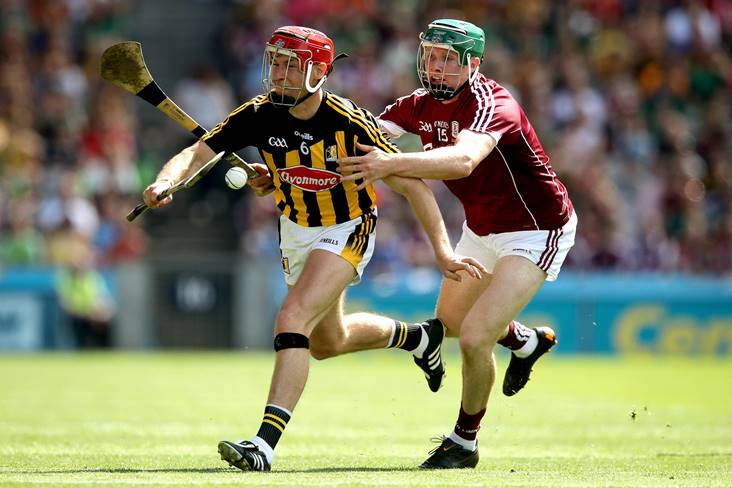 With 40,703 in attendance, the holders looked set for victory in the draining heat when powering three points clear on the home straight. They still led by two going into added time but substitute Enda Morrissey and Reid had the last say to ensure that we'll have the first replayed Leinster final in 25 years - in Thurles next Sunday.

Earlier, Reid's late free had handed the Black & Amber a narrow 0-8 to 0-7 advantage at the end of a fiercely-contested but scrappy and error-strewn opening period, where scores proved hard to come by and both teams struggled to find any momentum.

Conor Whelan and Niall Burke slotted the first two points for the Tribe and Joe Canning's free restored their lead after frees from goalkeeper Eoin Murphy and Reid had drawn the Cats level. Canning and Reid each registered their second converted frees as the All-Ireland champions led by the odd point from seven at the midway stage in the first half.

Debutant Billy Ryan delivered a classy equaliser on 20 minutes but Joseph Cooney restored Galway's lead, Hawkeye confirming that Murphy's attempt to bat the sliothar down from over the crossbar had been in vain. Reid then won and converted a Kilkenny free to make it five points apiece eleven minutes from the break.

Cathal Mannion nudged the westerners ahead for the fifth time and Burke excellently doubled their lead in the blinding Dublin 3 sunshine. But Brian Cody's men would reel off the last three scores before the break…

James Skehill dealt with a Ger Aylward strike but play went back for a Kilkenny free, which Reid popped over. Murphy sent a long-range missile wide following wonderful work from the outstanding Padraig Walsh but Ryan soon had the teams level for the fifth time, 0-7 each. And Reid's super free edged the challengers ahead on the stroke of half time.

Murphy denied Whelan a goal but Canning's brace edged Galway back in front upon the resumption. Reid replied from a free, only for Conor Cooney to see off Padraig Walsh and restore the Tribe's lead. However, it was 0-10 each when Reid eased over a simple free in the 44th minute.

After a frenetic passage of play including great Paul Murphy defending to deny Whelan, Aylward pushed the Cats back in front; Niall Burke's third point assured parity for the ninth time before Skehill pulled off a vital save to keep out Reid's bullet. With 20 minutes left, Mannion and Whelan both pointed with aplomb to give the men from the west a 0-13 to 0-11 advantage.

Mannion replied to a Reid free as the defending champions remained two clear going into the fourth quarter. Three points separated the teams for the first time when Canning floated over a 57th-minute free but Kilkenny kept comng back for more and Walter Walsh replied immediately with a terrific score from beneath the Cusack Stand and Reid's free had us back to a one-point game with an hour played.

Niall Burke's fourth was finished superbly between the Davin End posts from close to the sideline but tireless midfielder James Maher replied before lucklessly conceding a free, which Canning dispatched with three minutes left - 0-17 to 0-15.

Joseph Cooney stretched the gap seconds later but the Noresiders struck the last three scores. Substitute John Donnelly pointed to keep the Cats in touch as we moved towards the end of a tense encounter. In injury time, Morrissey halved the deficit after Canning had uncharacteristically missed a free … Reid hammered over a stupendous equaliser in the second added minute to tie things up for the tenth time and ensure that the sides will meet again -  a bonus game in the hurling championship season that keeps on giving.