FL1: Red Hands finish with a flurry against Kingdom 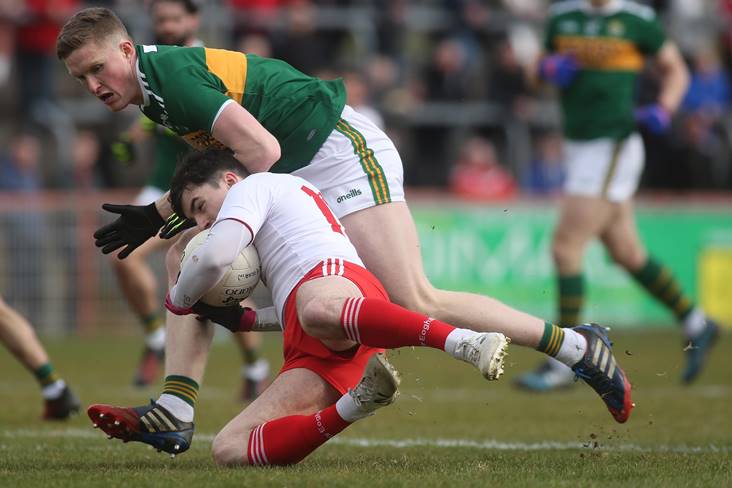 Declan McClure netted three minutes from time as Tyrone beat Kerry by 1-16 to 0-14 in Omagh.

With pride at stake in this dead-rubber Round Seven encounter, it was Mickey Harte's men who recorded a first victory over the Kingdom in eight years.

The sides were deadlocked on twelve points apiece after 45 minutes but the winners landed four unanswered points and it was all over when McClure fisted Peter Harte's centre to the net to give the Red Hands their fourth win of the campaign.

With 6,115 in attendance, the hosts reeled off the last four points before the short whistle, through Cathal McShane, Kieran McGeary, Niall Morgan (free) and Lee Brennan (free) to lead by the odd point from 19 at the break.

Brennan's 46th-minute free made it 0-13 to 0-12 and Ronan O'Neill added another before drilling a penalty wide. Midfielder McClure and McShane pointed and the gap was an insurmountable seven when the former pounced for the game's only goal.