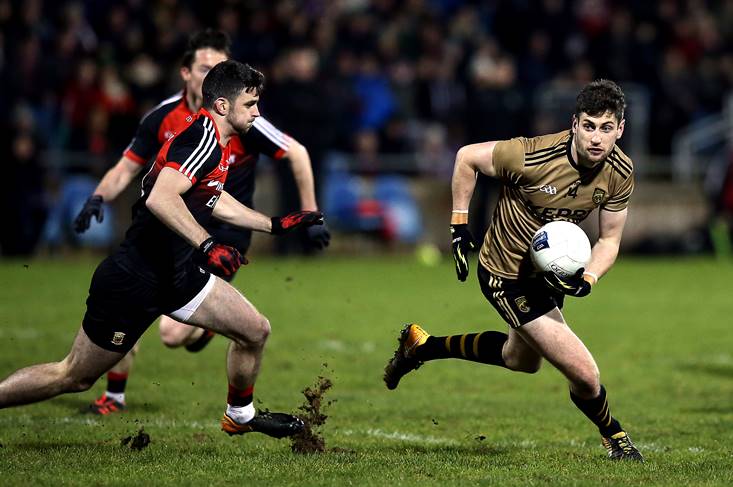 Thirteen-man Kerry wore gold jerseys in MacHale Park tonight. And they beat Mayo by 1-15 to 2-9.

With 11,639 in attendance at this repeat of last summer's All-Ireland semi-final, the Kingdom had to play the last quarter two men short after losing both Ronan Shanahan and Gavin Crowley to red cards but they comfortably held on for a deserved victory.

Eamonn Fitzmaurice's young side bossed most of the opening period. Points from Sean O'Shea, Barry O'Sullivan and Paul Geaney had them three ahead before Diarmuid O'Connor blasted to their net after gathering an Aidan O'Shea pass - 1-2 to 0-5 after twelve minutes!

David Clifford was forced off injured after restoring the visitors' lead and O'Shea (2) and Barry John Keane had them four clear. It could have been more had not David Clarke brilliantly denied O'Shea from the penalty spot eleven minutes from the break before O'Connor netted a 35th-minute penalty at the other end to leave the minimum between them, 2-3 to 0-10.

Midfielder Crowley bagged the all-important Kerry three-pointer three minutes after the restart and O'Shea and Geaney followed up with points. Shanahan and Crowley got their marching orders in the 51st and 54th minutes respectively but Mayo looked powerless despite having two extra men.