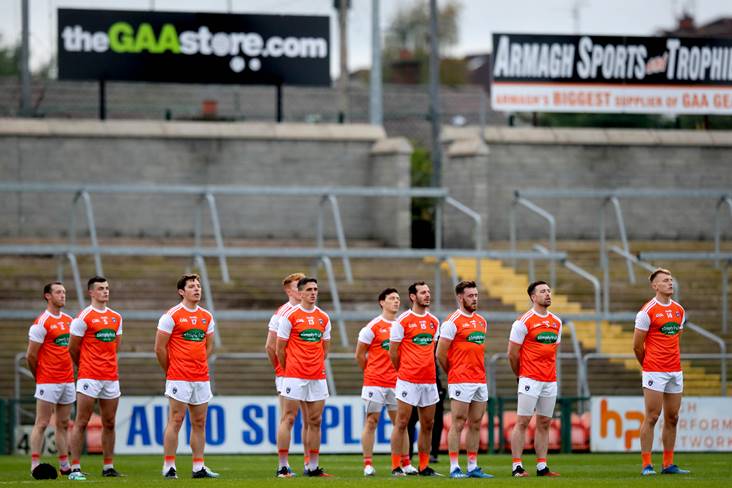 The Orchard men are seeking a win over the Banner County in the final round at Cusack Park to ensure promotion from Division 2 after slipping up at home to Roscommon last weekend.

McGeeney's side currently occupy second place on seven points, two behind the Rossies but are just ahead of Westmeath by virtue of a superior scoring difference of 22.

TEAM NEWS: Kieran McGeeney has named his side to face Clare this Saturday in the final round of the #AllianzLeague