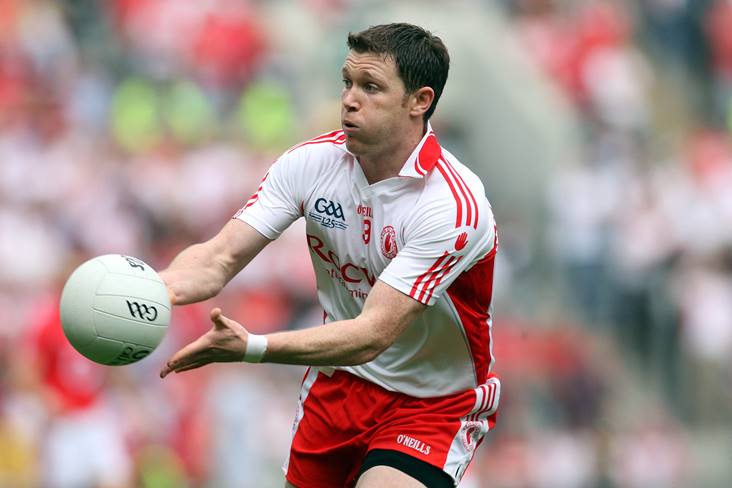 Enda McGinley in action for Tyrone in 2009. ©INPHO/Donall Farmer.

Lenny Harbinson stepped down as Saffrons boss last week and the Antrim county board has now approached the three-time All-Ireland winner as they look for a successor.

Speaking to BBC Sport NI, McGinley, who is a brother-in-law of Antrim stars Michael and Tomás McCann, confirmed that contact has been made.

"There has been a discussion and I'm sure there's been discussions with other people," said the 39-year-old whom managed Derry side Swatragh this year.

"It's a big responsibility so it's being weighed up at the minute."

He added: "There has been an approach made but with all jobs of that stature there is a big lifestyle commitment, there's a big assessment of whether you are definitely the right man and if you can pull together the right team to make the most of that opportunity."