Greville: biggest result in the history of Westmeath hurling 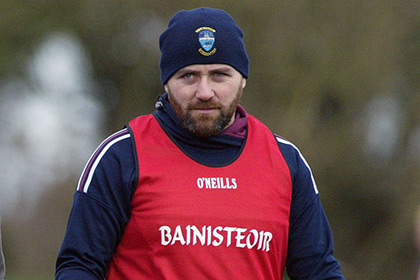 Westmeath hurling is on a high following today's Leinster MHC victory over Wexford and manager Johnny Greville said his players deserved it.

Greville guided his charges to a shock 2-11 to 0-15 victory over a fancied Model County side in Innovate Wexford Par and their name will be in the hat for the semi-final draw, which takes place on Monday night, along with Kilkenny, Dublin and Laois.

"It's probably the biggest result, I'd say, in the history of hurling here in Westmeath for us," Greville remarked to Midlands 103 Sport.

"To come down to Wexford Park and beat Wexford is no mean feat. Every player performed, and the lads that came in, and it was great to get across the line because, to be honest with you, the players deserved it."

Now that the Lake County are into the last four, is their manager dreaming of Leinster glory?

"Look it, we'll take it a game at a time. Every time we go out we'll give it our best. If we got into a Leinster final it would be great for Westmeath hurling."