IFC: Nobber back in the mix 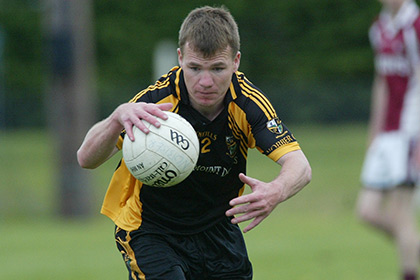 Andrew O Brien capped a fine performance for Nobber with a 55th minute goal which ensured victory over Drumbaragh in this IFC match.

Further points in this half from Kelly 2 Niall Farrell 0 03 0'Brien, Dale Larkin and Stephen O Brien saw Nobber lead. 0-9 0-4 at the break.