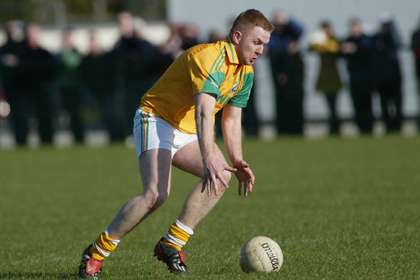 Three Gary Coyne frees and two points from Ryan O Rourke had Cortown 0-5 to one point ahead at the break. After the break Cortown continued to put the home side under pressure and two more points from Coyne and a goal from O Rourke after 45 minutes had the game over as a contest. Brian Casserly and another Coyne free finished off the scoring for the winners. The wood tagged on three late consolation scores. Best for Cortown were Gary Coyne, Paddy Kerrigan, Brian Smith and Ryan O Rourke.

Best for the Wood were Patrick Carolan, in goals Shane Russell, at full back Emmett Clarke, at midfield Harry Corbally and Alan Carolan in attack.