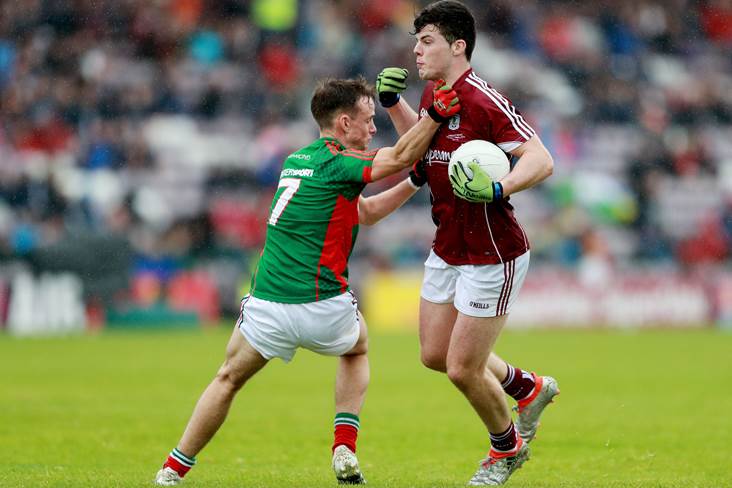 Galway are Connacht minor football champions for 2016 after defeating Mayo on a scoreline of 1-9 to 0-6 in Pearse Stadium this afternoon.

The impressive Deasun O Conghaile's second-half goal proved decisive in the finish up as the winners led from start to finish and Galway supporters will be hoping their senior team can complete the provincial double when they take on Roscommon shortly.

O Conghaile opened the scoring in the 5th minute and the team in maroon and white were 0-4 to 0-0 to the good before Oisin McLaughlin got Mayo off the mark.

The inclement weather conditions made life difficult for both teams and Galway shaded a low-scoring first-half by 0-4 to 0-2.

The post came to their rescue early in the second-half and O Conghaile made the most of that let off when finishing a Robert Finnerty pass to the back of the Mayo net.

Dara Silke followed that up with a point and, with O Conghaile causing serious problems for the Mayo rearguard, they pulled away for a deserved victory.

All Mayo could muster in reply was late points from Paul Lambert and Colm Moran.

Galway now advance to an All-Ireland quarter-final meeting with the losers of the Leinster decider involving Kildare and Laois on Monday, August 1st.

Mayo, meanwhile, will have a chance to redeem themselves when they face the Leinster winners on the same day.