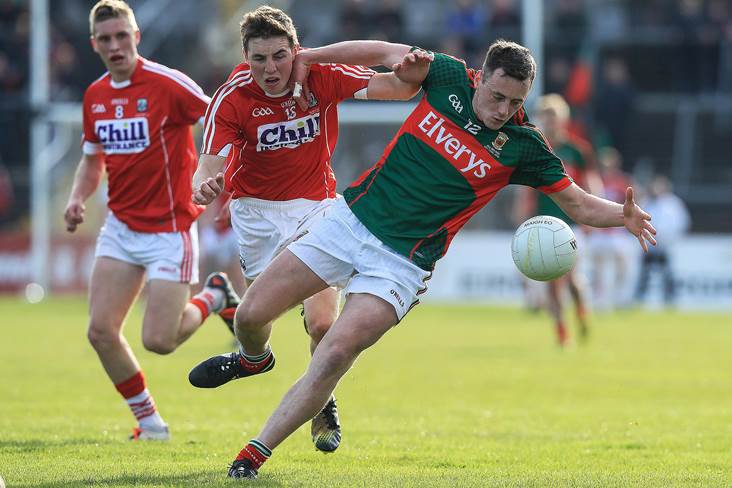 The Clarke Cup is heading for Mayo for the first time since 2006 after the westerners came out on top against Cork in this evening's All-Ireland U-21 FC final at Cusack Park, Ennis.

Late goals from Conor Loftus and Liam Irwin were instrumental in breaking the Rebels brave resistance and settling a keenly contested decider.

The sides were level with six minutes of normal time to go but Loftus punished a stray kick-out by Cork netminder Anthony Casey in the 59th minute before Irwin applied the gloss to a morale boosting victory for Mayo football.

2-1 without reply at the end of the first-half saw Mayo wipe out a three point deficit and send the Stephen Coen captained outfit in at the break with a 2-5 to 0-7 cushion to defend.

'Young Footballer of the Year' Diarmuid O'Connor and Irwin found the back of the Cork net at that point in proceedings.

Loftus bagged his side's third goal in the 37th minute but Sean Hayes' charges refused to throw in the towel and responded with a green flag of their own through impressive full-forward Peter Kelleher.

The scene was set for a grandstand finish when Brian Coakley pointed a free in the 54th minute to bring the Rebels level but, as events transpired, it was Michael Solan's team who finished strongest with Loftus and Irwin both bringing their individual tallies to 2-2. Referee Padraig Hughes' full-time whistle was greeted with great celebration amongst the Mayo supporters in the 7,567 attendance.

They would have feared the worst when watching their team squander a number of gilt-edged scoring opportunities during the opening 30 minutes.

The Connacht champions clocked up nine first half wides but the late scoring burst rejuvenated their challenge and they produced the goods when it mattered most.