All-Ireland U21 FC: Loftus the hero as Mayo scrape over Dubs 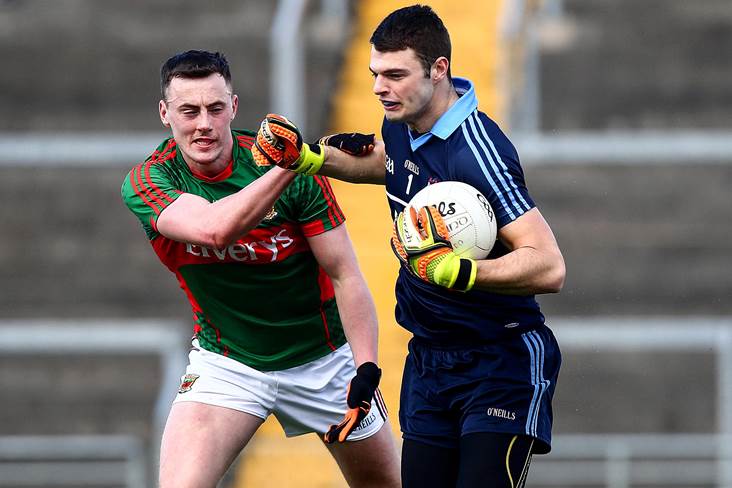 Conor Loftus is the toast of Mayo after his stoppage time free gave Mayo victory over Dublin in a dramatic finish to today's first All-Ireland U-21 FC semi-final in Tullamore.

Michael Solan's charges looked to have let a great opportunity slip when they surrendered a six point half-time lead but, to their credit, they refused to throw in the towel and were rewarded with Loftus' late heroics.

The Crossmolina clubman was a late replacement for Eddie Doran on the Mayo starting 15 and to say he repaid the management's faith in him is something of an understatement!

Extra-time looked a distinct possibility once he cancelled out a Colm Basquel point that had placed Dublin in the driving seat but he displayed nerves of steel to send over the winner with just seconds left on the clock.

The Dublin team that took to the field showed four changes from the one announced beforehand with Glenn O'Reilly, Tom Lahiff, Paddy Small and Michael Deegan coming in for Eoin Murchan, Donal McIlghorm, Chris Sallier and Darragh Spillane.

Dublin were slow out of the traps and, boosted by Diarmuid O'Connor's expertly finished 10th minute goal, Mayo went in at the break with a 1-7 to 0-4 cushion.

It took Dublin 16 minutes to open their account through a Con O'Callaghan free but two unanswered points from O'Callaghan and Glenn O'Reilly kept them within touching distance before Loftus brought the curtain down on the first-half scoring. Whatever manager Dessie Farrell said to his troops during the half-time team talk had the desired effect as they emerged a different side after the resumption.

Eoin O'Donoghue set the ball rolling with the first score of the second-half and they were back on level terms when O'Callaghan found the back of the Mayo net in the 40th minute.

Michael Deegan edged the team in sky blue in front moments later and it was very much backs against the wall territory for the Stephen Coen captained Mayo.

Entering the final 10 minutes, Dublin were four points to the good but three converted frees without reply from the boot of Liam Irwin left the bare minimum between the sides.

Matthew Ruane then levelled matters in the 59th minute and, in a dramatic sequence of events, Mayo subsequently outscored their opponents by two points to one to advance to a final showdown against the winners of the second semi-final between Cork and Monaghan.