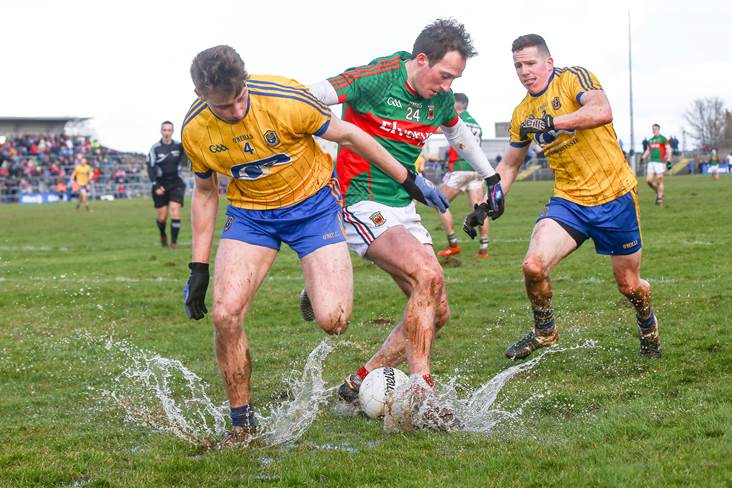 Mayo kept their survival hopes alive with a valuable 1-11 to 1-7 win over Roscommon at water-logged Dr Hyde Park.

Man of the Match Evan Regan's magical goal early in the second half followed by points from Regan (2) and substitute Patrick Durcan saw the winners move nine points clear, 1-10 to 0-4.

Substitute Diarmuid Murtagh's major on the hour sparked a fruitless late fightback from the hosts, while Mayo brought on Cillian O'Connor, who pointed the last score of the game via an upright.

The visitors led by 0-6 to 0-4 at the break and Alan Freeman popped over the first score of the second half as they registered a decisive 1-4 without reply.

Mayo host already-relegated Down in Round Seven next weekend, where victory should see them stay up, while the still-semi-final-bound Rossies welcome holders Dublin to this venue in seven days.