FL1: Kerry give Mayo the blues 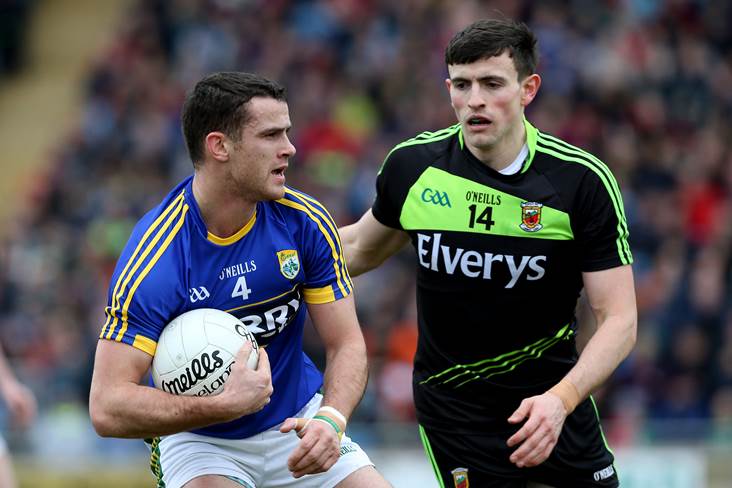 Goals either side of half-time from Johnny Buckley and Donnachadh Walsh proved decisive as Kerry prevailed at Elvery's MacHale Park to leave Mayo in deep relegation trouble.

Both teams finished with 14 men after Kieran Donaghy and Diarmuid O'Connor were dismissed in a niggly second half, while Kerry's Peter Crowley also picked up a black card. The win moves the Kingdom onto six points, but Mayo's future in Division 1 looks precarious after their fourth reversal of the campaign. They may yet need a maximum return from the remaining games against Roscommon and Down if they're to avoid the drop.

Both sides were in their changed strips of blue and white and black and lime as Kerry made the better start with early points from play by Crowley and Darran O'Sullivan. But Mayo soon settled and grabbed the next four points per Kevin McLoughlin, goalkeeper Rob Hennelly (free), Diarmuid O'Connor and Shane Nally to lead by 0-4 to 0-2.

Bryan Sheehan opened his account from a close-range free after missing two early attempts before scores from McLoughlin, Hennelly ('45') and Aidan O'Shea moved the hosts onto a 0-7 to 0-3 lead. But Kerry went into the break trailing by the minimum thanks to Buckley's low strike past Hennelly after Darran O'Sullivan had skinned two defenders in the build-up.

The momentum remained with the Kingdom after the break when points from O'Sullivan, Buckley, Sheehan and Colm Cooper extended their advantage to 1-7 to 0-8 before Walsh pounced for a 47th minute goal after Cooper's free had dropped short.

Cooper had another point from a free before Mayo were given hope when Donaghy was sent off on a second yellow card with 15 minutes remaining after clashing with Andy Moran. The impressive Kevin McLoughlin had the margin back down to four points, but the Connacht champions couldn't get any traction as Kerry remained in the driving seat with scores from Crowley (just before he was black-carded) and Brendan O'Sullivan.

Mayo's misery was complete when O'Connor saw red in the closing stages.