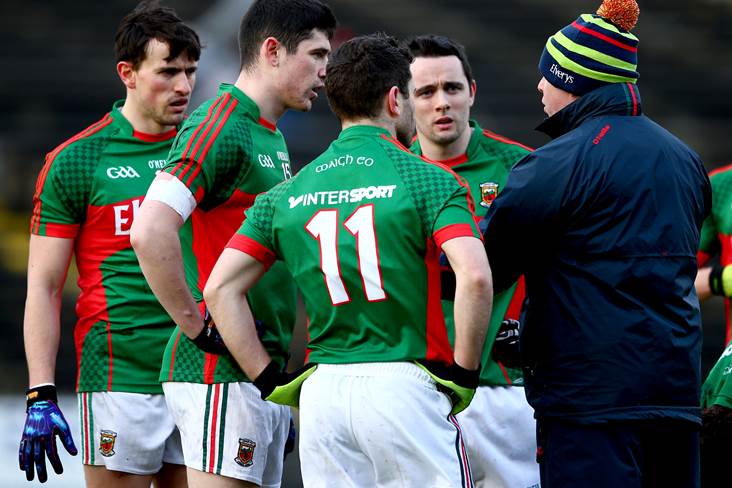 Mayo manager Stephen Rochford is delighted with the response he has received from the players ever since he took over the reins from Noel Connelly and Pat Holmes.

Rochford took time out from his 'busy' schedule to attend today's launch of the Allianz Football Leagues in Croke Park ahead of his side's Division 1 opener against Cork in Pairc Ui Rinn next Sunday.

"There's a great bunch of lads down in Mayo, they've really bought in and their energy has been really very good."

Asked what his expectations are for the league, Rochford answered: "There isn't any easy game there and going down to Pairc Ui Rinn this weekend and Dublin then six days after, I think survival will be the first expectation that we're trying to achieve and we'll take it from there.

"Each game is going to be quite competitive, we've got four of them on the road. We'll take it game by game and see how we are going into the last couple of games against Roscommon and Down."