Munster club SFC: Nemo through to another final 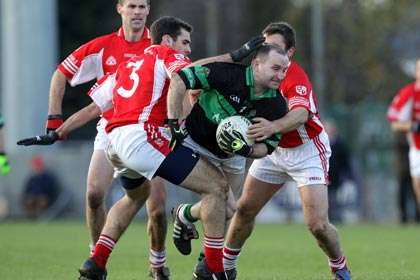 The Cork champions, who will seek their 14th provincial title at Dr Croke's expense on Sunday week, benefited from a debatable penalty award after just three minutes which set them on their way.

Stradbally were furious at referee Padraig O'Sullivan's decision to award the penalty to Sean O'Brien, which David Kearney duly converted.

The Waterford champions replied with three unanswered points, including two in a minute from Shane Aherne, but with Kerrigan in fine scoring form, Nemo went on to lead by 1-7 to 0-5 at the interval.

Kerrigan extended the home side's advantage before Stradbally got themselves back into contention when Robert Ahene netted in the 42nd minute. But they failed to score again as Nemo pulled clear once more. Stradbally's misery was compounded by the dismissal of Eddie Rockett on a straight red card late on. Tweet