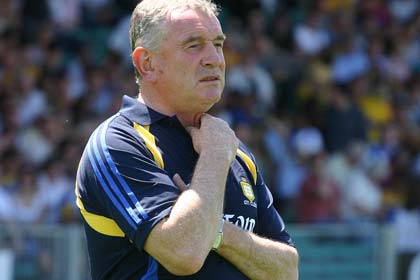 The Scariff man, who served as a selector under Ger Loughnane when Clare won All-Ireland titles in 1995 and '97, and later managed the Banner, will link up with former Mullagh players John Murphy and Seamus Coen in a new management team. Coen lined out at corner back on Galway's 1980 All-Ireland winning team.

McNamara follows in the footsteps of fellow county men Tony Considine and Colin Lynch in taking up management/coaching roles in Galway this year. Considine, who was also a Clare selector in 1995 and '97, was appointed Turloughmore manager before Christmas, while former star midfielder Lynch has replaced Dinny Cahill - who has returned to manage his native Kilruane McDonaghs in Tipperary - as trainer to reigning All-Ireland club champions St. Thomas'. Tweet