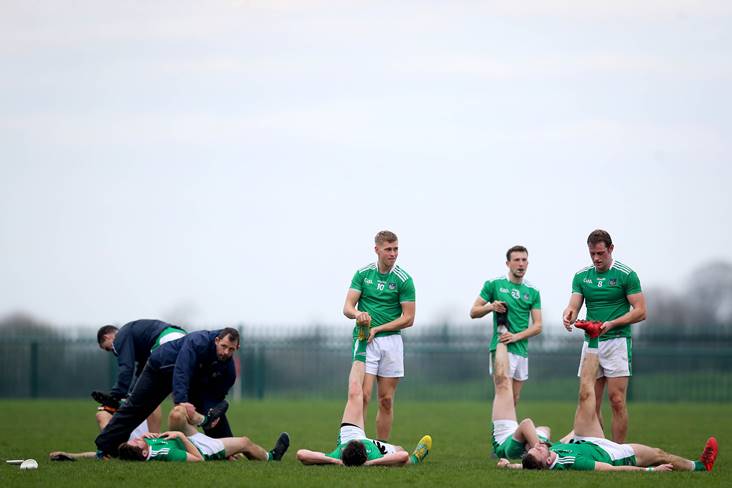 Limerick players stretch after a game in Rathkeale. ©INPHO/Ryan Byrne.

The throw-in time of Limerick's Allianz Football League Division 4 fixture against Wexford at Mick Neville Park in Rathkeale on Sunday has been pushed back to 3pm.

The Shannonsiders host the Yellowbellies in their rescheduled round 6 clash which could have a huge bearing on the tight race for promotion from the basement division.

Billy Lee's Limerick currently sit top of the pile on eight points, two ahead of third placed Wexford who were rocked by the departure of manager Paul Galvin last month.