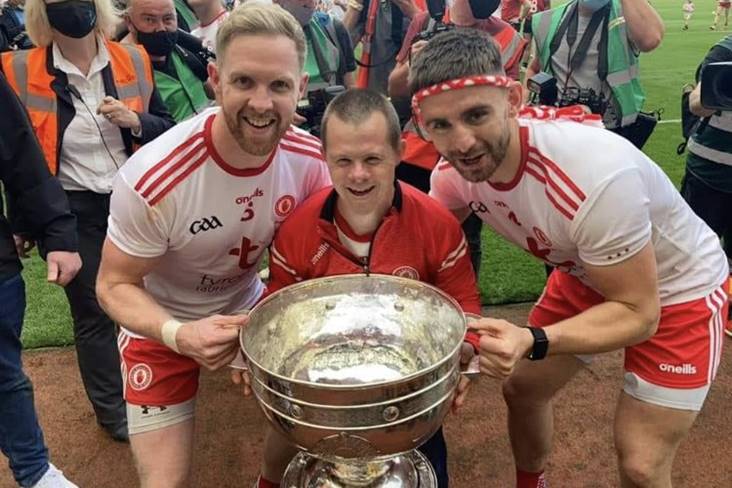 Frank Burns and Padraig Hampsey along with avid supporter Patrick Trainor and the Sam Maguire Cup.

This captures everything great about the GAA...

Tyrone stars Frank Burns and Padraig Hampsey have been hailed as 'class acts' on social media after a wonderful moment between the pair and a supporter during the aftermath of Sunday's All-Ireland SFC final victory over Mayo at Croke Park.

A video which has taken the internet by storm shows Burns and captain Hampsey lifting avid Tyrone fan Patrick Trainor over the Canal End barrier and on to the pitch to join in the celebrations.

Surprised and overwhelmed with the gesture, Patrick, who hails from the Aghaloo O'Neill's club, was all smiles as he got to pose for photographs with his heroes and the Sam Maguire Cup.