Barron, Ruane, McGrath and Duggan pick up Player of the Month awards 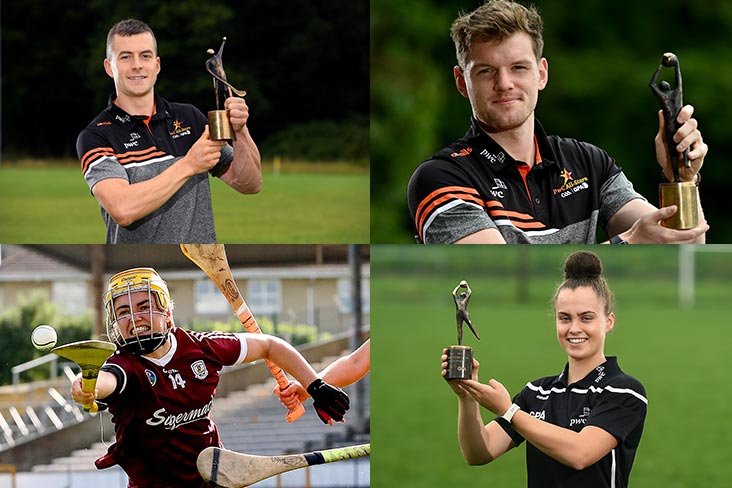 Four brilliant players have been rewarded with Player of the Month awards following their exceptional performances throughout July.

Siobhán played a major role in Galway’s three victories in July over Westmeath, Clare and Kilkenny, finding the net against the Banner and the Cats on their way to an All-Ireland semi-final on August 28th.

Emma was instrumental in Meath’s victory over Tipperary, scoring five points as the Royals advanced to the knockout stages where they defeated Armagh to reach the All-Ireland semi-final against Cork this weekend.

Jamie was a standout performer as Waterford progressed to last weekend’s All-Ireland semi-final against Limerick, notching four points in each of his last two games against Galway and Tipperary.

Matthew led Mayo’s successful charge to the Connacht championship from the front, with two points in the semi-final against Leitrim before scoring 1-2 in the decider with Galway, setting up a showdown with arch-rivals Dublin in the All-Ireland semi-final this weekend.

Uachtarán Cumann Lúthchleas Gael, Larry McCarthy said: “Congratulations to both players on winning the PwC GAA GPA Player of the Month Awards for July. Jamie was in excellent form for Waterford throughout their All-Ireland Hurling Qualifier run and Matthew was central to Mayo being crowned Connacht champions for the second year in-a-row. The Championships have provided us with incredible excitement so far and we look forward to the forthcoming games in August.”

Speaking on behalf of the GPA, Tom Parsons, CEO added: “Congratulations to each of the winners of July’s awards. There were many outstanding performances during the month across all four codes which makes Emma’s, Siobhán’s, Jamie’s and Matthew’s achievements in winning these awards all the more impressive. Thanks too, as always, to PwC for their ongoing support and for helping us put male and female inter-county players on the same platform.”

The PwC GPA Women’s Player of the Month and PwC GAA/GPA Players of the Month Award winners are voted for by the GPA’s membership.