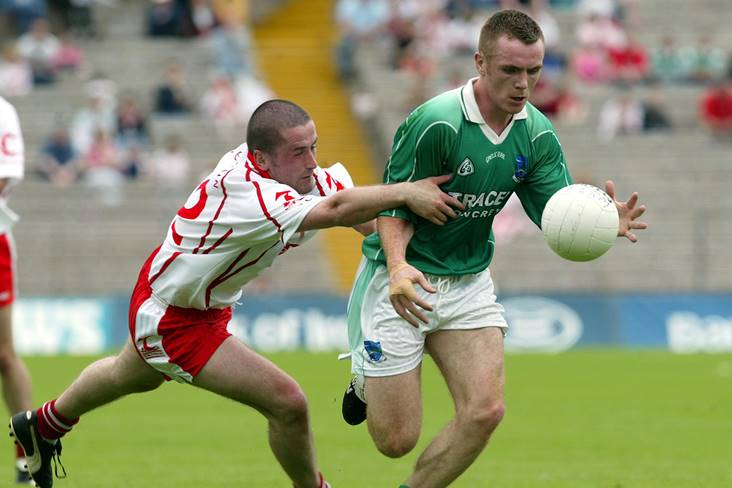 Tyrone defeated Dublin 0-13 to 1-9 at Ballinagh Co. Cavan in a closely-fought contest after extra-time this afternoon to claim two successive All-Ireland Masters (Over 40s) football titles.

In what was a repeat of last year's final, the sides were deadlocked at 0-11 to 1-8 at the end of normal-time, and it remained in the melting pot until All-Ireland SFC winner Stephen O'Neill and Fermanagh legend Marty McGrath pounced decisively to earn another Dr Mick Loftus Cup success for the Red Hands. O'Neill gave a man-of-the-match performance that yielded an impressive five points.

The Plate final between Cavan and Mayo was played as a curtain-raiser, and it was the hosts who prevailed narrowly on a 2-11 to 2-10 scoreline.

Meanwhile, in Sligo last Saturday, Donegal edged out Galway by 1-5 to 0-7 to be crowned Shield champions, while London won the Challenge Cup final after beating Leitrim/Longford 0-13 to 0-8.