(After extra-time, Dungannon win 8-7 on penalties)

Thomas Clarke's had won three matches after extra-time to reach this evening's O'Neill Cup decider at Healy Park and they went one better by pipping Trillick on penalties. Cometh the hour, cometh the man, up stepped Ciaran Barker to net the winning penalty and secure a long overdue success, the corner back kicked the winner in the semi-final victory over Errigal Ciaran.

It didn’t look likely when the Padraig McNulty captained outfit fell 1-2 to 0-0 behind after 22 minutes, with Trillick goalscorer Lee Brennan's causing the challengers all sorts of problems. A couple of Patrick Molloy points settled Dungannon down. 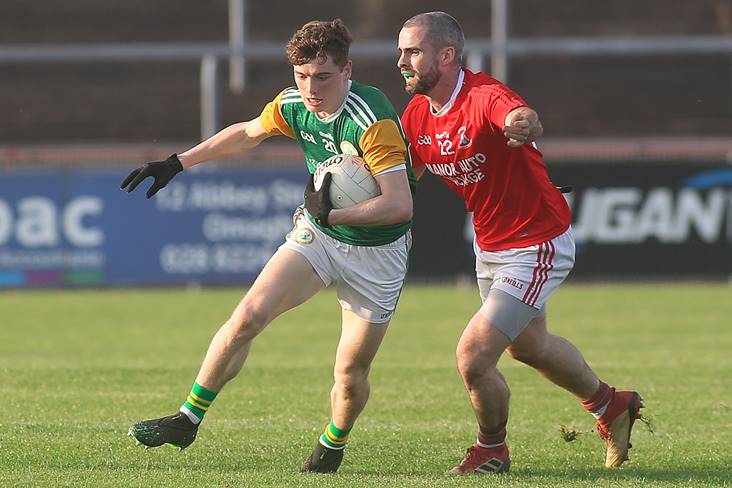 Trailing by 1-4 to 0-3 at half-time, Dungannon were a very different animal in the second-half. Long range dead ball specialist Barker pointed them 1-7 to 1-5 ahead at the water break after substitute Patrick Quinn made an immediate impact, scoring a goal.

But Trillick fought their way back to the front by the 54th minute when Ciaran Daly slotted over before Niall Gormley doubled the advantage, only for Barker and Kiefer Morgan to force extra-time. It continued to be tit-for-tat, a Brennan free in the dying moments guaranteeing penalties.