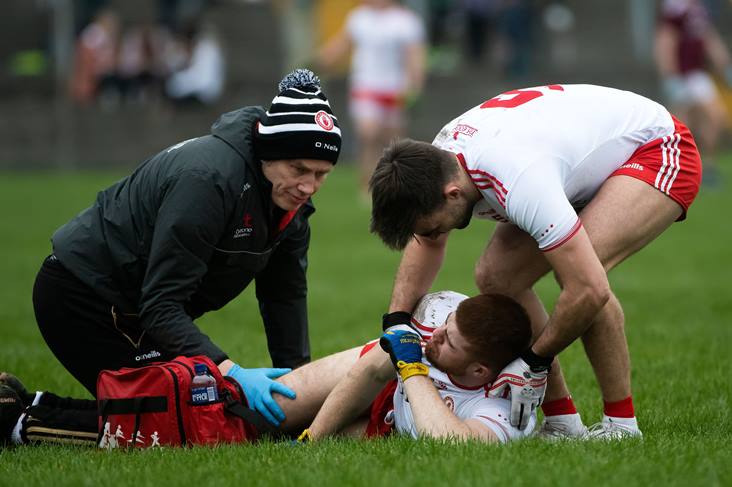 Cathal McShane’s horrific ankle injury will keep him out of action for five months.

The talismanic 24-year-old Tyrone target man suffered a dislocated ankle when he fell awkwardly during the Red Hands’ Division One defeat to Galway at Tuam Stadium on Sunday. He was stretchered from the field and had the ankle re-set and placed in a cast.

The cruel setback comes back just weeks after the All Star attacker confired that he was resisting overtures from AFL outfit Adelaide Crows to commit himself to Tyrone. McShane will now play no part in the remainder of the league and is also ruled out of the Red Hands’ Ulster SFC or Qualifier campaigns this summer.

Mickey Harte’s charges will have to advance to the Super 8s in his absence if we are to see their 2019 top scorer in action again this season.