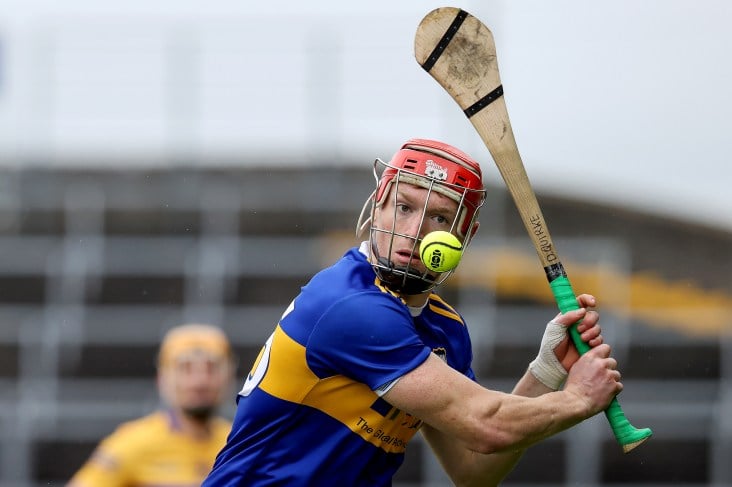 The late Dillon Quirke in action for Tipperary ©INPHO/Bryan Keane

The funeral of Tipperary hurler Dillon Quirke took place in his home village of Clonoulty yesterday.

The 24-year-old passed away after collapsing on the field during last Friday's Tipperary SHC clash between Clonoulty-Rossmore and Kilruane MacDonaghs at FBD Semple Stadium. GAA president Larry McCarthy was among the hundreds of mourners who attended the funeral.

Paying tribute to his son, Dan Quirke said: “Dillon was a beautiful son, my best friend, our hero. He came into this world a fighter, born premature following a road accident, and he left it a champion and a true legend.”

Clonoulty-Rossmore chairman Andrew Fryday added: “Dillon was going so well in that match last Friday night, he was a leading player, a leading player, leading from the front, showing his ability and his skills.

“Then a nightmare struck and we all know what happened. It was a disaster for us to see him leave Semple stadium in the way he left, but while he was in there, lads, he left it the way he wanted to leave it – he left it as the shining star that he was.”